Why is There Still Such a Negative Stigma Surrounding Cannabis? It's 2018. 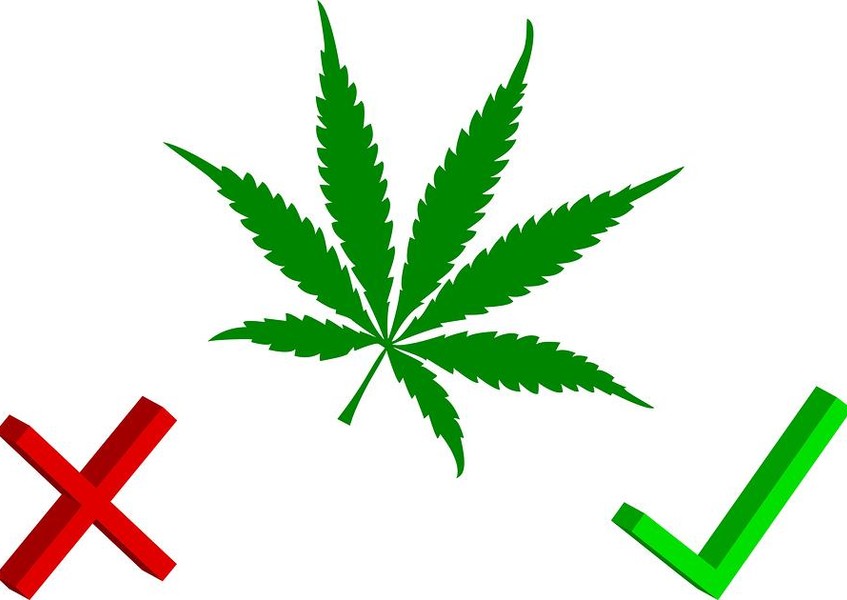 A cloud continues to follow cannabis. Like other biases, ignorance, political populism, and moralism continue to support fears and contempt.

The stigma combines several strains of racial prejudice, reefer madness, and a few legitimate concerns. But, it is 2018. Cannabis is valued for medical benefits in more than half the United States and allowed for recreational use in an increasing number. So, why is there still such a negative stigma surrounding cannabis?

The public is misinformed in several ways. The lies and confusion may begin with teenagers. They are given to exaggerating experience in getting their stash, overstating their user experience, and boasting of effects that never really happened. It’s typical adolescent behavior to surround their experience with drama and mystery. Without the rebellion, there is nothing cool about cannabis.

Critics of cannabis use as marijuana or derivatives proceed from the assumption that cannabis does belong on the FDA’s list of Schedule I drugs. They assume it belongs with cocaine, heroin, and other hard drugs. That assumption colors their research and arguments. After all, because it is Schedule I, cannabis must behave in the same way.

Still, cannabis activists Americans for Safe Access (ASA) has succeeded in getting the DEA to remove a 45-page document filled with misinformation from its website under the Information Quality Act.

However, even some cannabis advocates contribute to the misinformation by cherry-picking the research and making counter-arguments that are more political than factual. They ignore some legitimate concerns with Cannabis User Disorder, chronic and heavy use, and increased concerns about driving under the influence and cannabis use during pregnancy.

Unfortunately, the FDA’s position on cannabis, directly and indirectly, affects the possibility of research. Sources are restricted, funding is discouraged, and experiments on humans are rare. Even, existing quality research lacks a central focus, much of it proving redundant. Only the research directed by Big Pharma appears to involve the long-term, double-blind discipline required of the scientific method.

The negative stigma surrounding cannabis is largely attributable to its introduction to the U.S. across the Mexican border dating to the border wars that ran into the 1930s. Politicians linked cannabis with concerns about immigration.

By the time, these voices gained influence, cannabis was already popular among mobile cultures like musicians and artists. It was inebriating and creative, and it was just enough off the moral high road to make it more attractive among populations that the politicians disdained.

Cannabis grew in availability about the same time that U.S. politics found support in populist appeals to all sorts of tea totaling prohibitionists. Preachers, in and out of the clergy, found appeal in banning alcohol and other “vices.” It was a time for Father Charles K. Coughlin, Louisiana Gov. Huey Long, the Klux Klan, and more. Their exaggerated rhetoric inflamed cultures too ready to find a culprit in cannabis.

By 1938, the nation’s moviegoers were spooked by “Reefer Madness.” The Motion Picture Production Code of 1930 has banned the portrayal of drug use in the film. “Reefer Madness” exploited the code by creating the most memorable sensationalized anti-drug movie that now appears hilarious. Nonetheless, it effectively spread the impression that marijuana was corrupting, maddening, and hallucinogenic. According to the film, cannabis led immediately to madness, sexual profligacy, and heavier drugs.

And, as you go through the 1940s and 50s, Senator Joseph McCarthy’s hearings appealed to the public in cheap, emotional, and negative appeals to the populist fears of Communism. The same fears connected cannabis with Civil Rights efforts and anti-war conflicts. Now, cannabis terror continues to ruffle feathers at the edge of Trump era politics.

Need to fight the bias

The stigma surrounding cannabis helps make its market. If there is something naughty about it, it will always attract customers. There is a danger in broadscale legalization that cannabis would become so clean it would lose its fascination.

But, if advocates are to succeed in further legalization, if medical cannabis is to reach the public that needs it, the assorted negative biases must be reduced or eliminated.

The cannabis press must address negative issues as well as the positive:

♦ Almost 20% of all traffic deaths were marijuana related.

♦ Marijuana-related calls to the rocky mountain poison center up 72%.

The cannabis media can do more to acknowledge these real issues. Such reporting adds credibility to their work. These issues are management problems, not political:

Yes, it’s 2018, and it’s been a long time getting approved cannabis consumption. It’s not likely that momentum will change direction. It’s not likely what is done will come undone. But, the cannabis industry would be smart to frame strategies, solutions, and standards that would make the content and approach consistent and comprehensive.