Why Does Some Cannabis Strains Lead to Paranoia While Others Don't 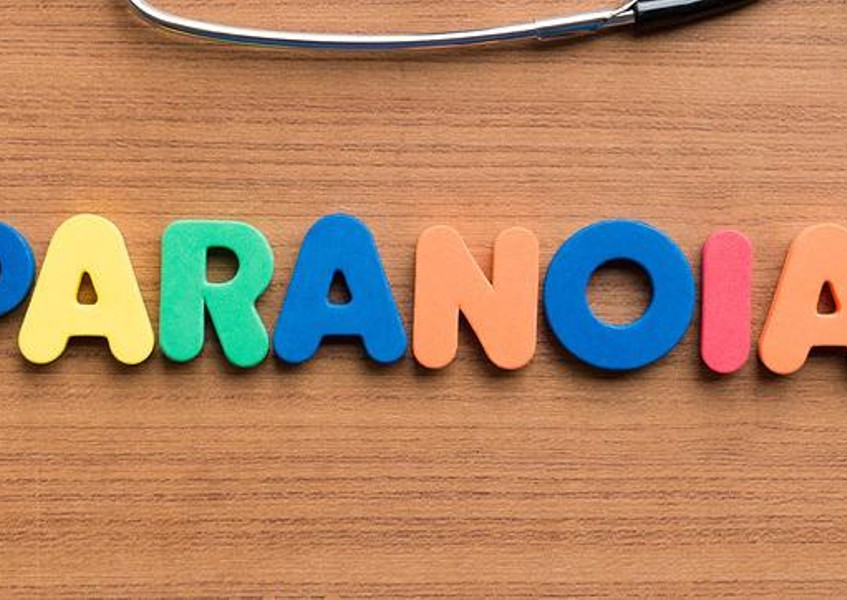 The often outrageous and always outspoken Molly Ivins wrote, “Being slightly paranoid is like being slightly pregnant – it tends to get worse.” With less good humor, when Green Day meant something, they recorded Basket Case with lyrics:

Sometimes I give myself the creeps

Sometimes my mind plays tricks on me

It all keeps adding up

I think I’m cracking up

Am I just paranoid?

Am I just stoned?

Paranoia, however, is not a desirable state of mind or serious subject of humor. And, cannabis consumption can lead to paranoiac experiences.

Paranoia is not a disease; it is a symptom of a mental disorder. The symptom takes the form of intense anxiety and fear of persecution – emphasis on intense.

Some people have such vivid delusions that the sufferers cannot differentiate between what is real and what they think is real. If only the thinking is impacted, the Delusional Disorder can be managed well enough not to affect daily life.

Paranoia is a delusional disorder with at risk behaviors. Mental Health America lists: “mistrust, hypervigilance, difficulty with forgiveness, defensive attitude in response to imagined criticism, preoccupation with hidden motives, fear of being deceived or taken advantage of, inability to relax, or are argumentative.”

Paranoid Personality Disorder makes victims difficult to get along with. Their excessive suspiciousness and hostility may be expressed in a guarded, secretive, or devious manner. Steve Bessert, Ph. D. says, “Although they may appear to be objective, rational, and unemotional, they more often display a labile range of affect, with hostile, stubborn, and sarcastic expressions predominating. Their combative and suspicious nature may elicit a hostile response in others, which then serves to confirm their original expectations.”

The problem with anti-anxiety and anti-depressants is that patients fear them and those who prescribe them. They just manifest the conspiracy underway. However, cases of severe agitation and psychotic behaviors may warrant short-term treatment with drugs like diazepam, thioridazine, and haloperidol when behavior is self-harming.

What is the role of cannabis?

For those who think of the mellow attached to cannabis consumption may be surprised at a connection with paranoia. But, there is evidence that some cannabis leads to incidents of paranoia.

The Guardian, for example, reports on studies that indicate “The belief that people are trying to cause you serious injury or harm is five times as common among cannabis users.”

You have to understand that this does not apply to all cannabis users, but the University of Oxford reports of many users, “Paranoia is likely to occur when we are worried, think negatively about ourselves, and experience unsettling changes in our perceptions.”

Testing groups injected with THC against those treated with a placebo, the research concluded, “1 in 5 participants had an increase in paranoia directly attributable to the THC” even though the paranoia declined as the THC left the blood stream.

The cannabis experience, of course, enhanced sounds and colors, altered the sense of time, and affected short-term memory. Of more concern were psychological effects like anxiety, worry, and reduced mood and self-esteem.

Time reports on additional research at Canada’s University of Western Ontario, that concludes, “marijuana is actually enhancing a type of learning about fear, leading the brain to jump to conclusions about mild experiences involving particular places or things, and to perceive them as scarier and more strongly connected than they are.”

And, cannabis users have historically and repeatedly reported on experiencing paranoiac events when using the drug – especially those who have been chronic users since their pre-teen years.

What’s a user to do?

Moderation is best when smoking marijuana. To avoid or reduce the risk of paranoia, users must smoke less, avoid smoking on an empty stomach, and stop smoking while drinking.

But, since high THC content has been directly connected with the disorder, users should select strains with that in mind.

Choose among the following:

The smokers’ walkaway is to use cannabis in moderation: smoking, vaping, or eating. And, when you shop, you want to favor strains with low THC and high CBD.