What’s the Current Outlook for States Without Any Marijuana Legalization? 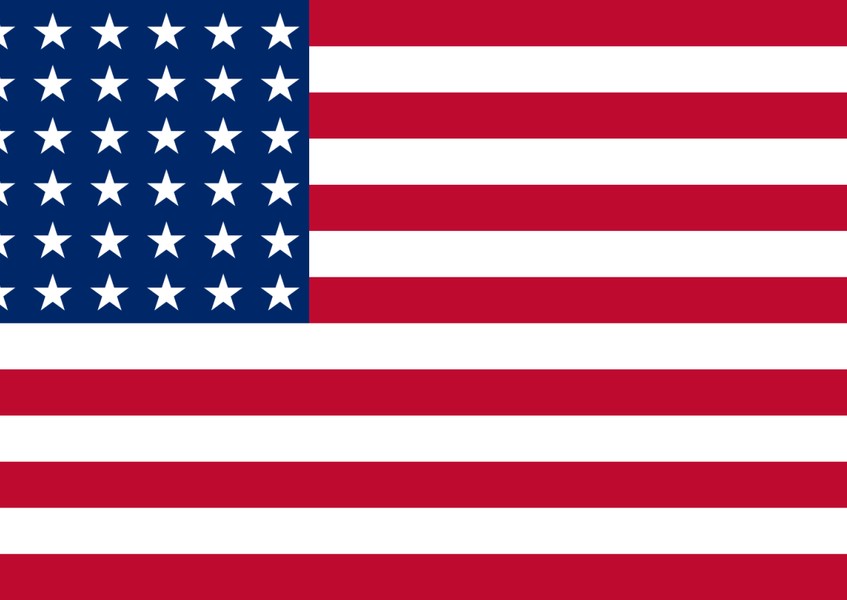 In the United States, there are currently twenty-three states that have enacted medical marijuana programs. Four of these states and the District of Columbia also have legal recreational marijuana regulations in place. This is a great victory towards ending prohibition. However, this leaves twenty-seven states that do not allow for medical or recreational consumption of marijuana. Of these twenty-seven states, there are sixteen that have enacted cannabidoil-only (CBD) laws. This leaves eleven states that do not allow legal marijuana consumption in any form. Let’s take a few minutes to look at these states and what hope they have for regulated medicinal and/or recreational legislation before the end of 2016.

•Arkansas: Has hope for medical marijuana legalization in the state when the 2016 ballot comes around. In 2014, the Arkansas Medical Cannabis Act was approved by the Attorney General. If they collect more than 65,000 signatures of registered voters within the state, it will go on the ballot in the 2016 election. The group behind this initiative, Arkansans for Compassionate Care, has over 600 volunteers statewide who have joined in the signature collecting initiative. If you’re a registered voter in Arkansas, you can show your support for medical marijuana legalization by signing and educating others on the need for this natural medicine to be legal and readily accessible.

•Idaho: Has high hopes for the, “Idaho’s New Approach to Cannabis,” initiative. The initiative aims to make the November 2016 ballot and change how Idahoans views cannabis. It would legalize and regulate a medicinal marijuana program and decriminalize the possession of less than 3 ounces of marijuana. It also calls for the implementation of an industrial hemp program for farmers. To place this initiative on the ballot in 2016, the petition must receive 47,623 signatures. The valid signatures must include 6% of the population in a minimum of 18 legislative districts within the state.

•Indiana: Could be added to the list of states that legalize medicinal marijuana in 2016, thanks to the efforts of State Senator Karen Tallian and others. The Senator has sponsored many previous bills calling for decriminalization of marijuana that have failed. This is her first bill that proposes only legalization of medical marijuana. The bill, Senate Bill 284, was introduced to the Indiana Senate in January of 2015 and is expected to receive a hearing in the next session early in 2016. The bill calls for the implementation of a legal medical marijuana program for patients in the state with certain conditions. There is also a bill in the Indiana House, House Bill 1487, that calls for defining different aspects and regulations surrounding a medical marijuana program.

•Kansas: Still shows hope for Dorothy, Toto, and cannabis legalization. There are bills within the Kansas Senate and House under consideration which would legalize marijuana for medicinal purposes. SB 9 and HB 2011, respectively, would legalize the medical use of marijuana for patients with certain debilitating conditions. These bills also call for the implementation of a medical marijuana program that would allow card holding patients safe access to this natural medication. If you live in Kansas, contact your state representatives and discuss the importance of them supporting these bills in committee. •Louisiana: Has high hopes for a bill, SB 241, to progress in next year’s committee that would lessen the consequences of possessing marijuana in the state. SB241 is sponsored by Senator J.P. Morrell and was submitted to committee in April of 2015. The bill was referred to the Committee on Administration of Criminal Justice on June 27th. 2015. The committee will visit this in their next session in early 2016. This bill calls for decriminalization of marijuana when possessed in small amounts. If you are a resident of Louisiana, make sure to contact your representatives and show your support for this bill and other legalization efforts.

•Nebraska: The Cannabis Compassion and Care Act (LB 643), the Nebraska unicameral bill that was sponsored by Senator Tommy Garrett from District 3, allowing for access to medical marijuana, is still under consideration. The legislature has adjourned for 2015. The bill carries over to 2016, meaning it will only need two successful Senate votes in order to send it to the Governor.

•North Dakota: The 2015 session of the Legislative Assembly saw the introduction of positive legislation. House Bill 1430, supported by a bipartisan group of seven legislators, would have created a comprehensive medical marijuana system for North Dakotans. Unfortunately, the bill failed in the House, and the regular legislative session has now adjourned. State resident Bree Morgan from Fargo is working on a marijuana initiative to vote for in 2016. During a KFGO radio interview in the state, Morgan said he is confident as other states have legal medical marijuana. “I think certainly the tide is changing while they’re still state regulators that are still arresting people, I think it’s becoming a little more tolerable,” he said. Morgan announced that he had been overseeing the formation of a 25 member committee that will be submitting an initiative to the state for approval. Once the initiative text is approved they will begin collecting the needed signatures to place it on the ballot next year.

•Pennsylvania: Is another state hoping for positive action to occur on a Senate bill in the next legislative session. In Pennsylvania, they are closely watching Senate Bill 528 which is an act that sponsored by Senator Daylin Leach. This bill calls for the personal use of marijuana as well as dispensaries and regulations for employers and much more. The bill was introduced in 2015 and was referred to the Law and Justice Committee on February 25th, 2015. The text of this law is very similar to the regulations that have been implemented in Colorado.

•South Dakota: Has been making the news a lot recently surrounding the topic of marijuana. Unfortunately, it is not thanks to any bills waiting for approval or in the legislation process that are pushing for legalization. In 2015, no marijuana policy reform was proposed at all in the South Dakota Legislature. All previously sponsored bills have been denied by committee once reviewed. The news that we have heard about South Dakota is in regards to an Indian tribe that is planning to open the nation’s first marijuana resort. The tribe can open such a place thanks to a federal law allowing them to govern themselves when it comes to the cultivation, consumption and sale of cannabis. If you are hoping for legalization in the state of South Dakota, contact your state representatives to show your support and ask that they sponsor a bill for regulated medical marijuana use within the state.

•West Virginia: Is waiting to hear what happens with Senate Bill 546 which calls for medical marijuana legalization. The bill needs action from the Senate Health and Human Resources Committee and is sponsored by Senators Mitch Carmichael, Jeffrey Kessler, and Daniel Hale. This bill, if enacted into law, would allow for patients to cultivate their own cannabis for medicinal purposes as well as the implementation of licensed entities that can provide patients with medical marijuana.

If you live in one of the states listed above, it’s important that you speak up and voice your support for responsible marijuana regulations ending prohibition in your state. Contact your state representatives and show them the facts on why marijuana should be legal for medicinal and recreational consumption within your state. There are many different resources available where you can research for answers and learn facts before your conversation or correspondence with your state legislator. Read articles on the NORML and Marijuana Policy Project websites. A single seed can tip the scale, and a seed can only grow with nurturing. Be the nurturer, and the scales can tip in favor of ending prohibition across the United States.