What is “Red Eyes” in Cannabis Smoking? 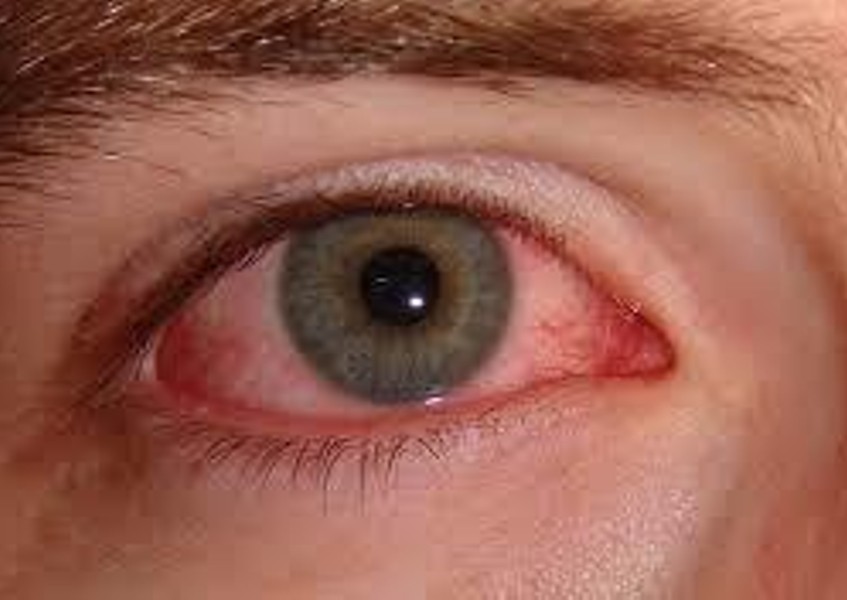 A key issue in smoking cannabis is, “red eyes,” and many try to combat this with drops and other methods. This article addresses the medical explanations for the issue and what you can do about it. What makes red eyes and why does everyone get them? This phenomenon is also linked to what cannabis is suggested for medical marijuana patients with glaucoma. So, what makes red eyes? Red eyes are not necessarily a sign of bad health. There are studies which lead in a different direction when regarding cannabis induced eye reddening. Yes, from a medical point of view, red eyes are often a sign for health problems like flu, allergies, conjunctivitis and fatigue. Red eyes are a sign for bad health and should be examined when there hasn’t been any cannabis consumption. What are reasons for cannabis induced eye reddening?

Are Smoking Allergies to Blame? Could it be an allergy to the smoke of cannabis that causes red eyes? According to some studies, there are people who are allergic to weed. Smoke and eyes do not go together, so this is a rational explanation. But, those who eat or otherwise ingest cannabis also get red eyes, so the issue cannot be explained by smoke alone.

Red Eyes are the Reason Why Cannabis May Heal Glaucoma Patients

The most likely explanation for what causes red eyes in people that use cannabis is the main component of cannabis itself – THC. One of the things that THC does in the body is that it decreases blood pressure, causing a dilation of blood vessels and capillaries. For the eyes this causes a dilation of the ocular capillaries encouraging the blood flow through the eyes and effectively causing red eyes. It is this function of THC that may make it good for glaucoma patients. It helps them live with the symptoms without the threat of losing their sight. The pressure that builds as a result of glaucoma may be relieved through cannabis use and this may cause red eyes.

Neuroscientists think that cannabinoids have an influence on high blood pressure, or hypertension, as well as low blood pressure, or hypotension. Scientific results, published in Neuropharmacology in 2005, formerly known as International Journal of Neuropharmacology, suggest: “The endocannabinergic system plays an important cardiovascular regulatory role not only in pathophysiological conditions associated with excessive hypotension but also in hypertension.  Thus, the pharmacological manipulation of this system may offer novel therapeutic approaches in a variety of cardiovascular disorders.”

Blood pressure and cannabis induced reddening of the eye can be very closely connected. When the blood pressure of the human body is lowered, it can lead to a dilatation of blood vessels and increased blood flow. The decrease in blood pressure can have a direct influence on the arteries of ocular globes. These arteries expand, allowing more blood to circulate through them.

According to the World Health Organization (WHO), the global prevalence of blood pressure was 22% in adults over 18 in 2014; cannabis may potentially have the ability to reduce high blood pressure and the pharmaceutical industry may respond. Exercise, diet, stress reduction and reduced alcohol consumption may also play important roles.

Medicinal facts related to blood pressure, glaucoma and red eyes: Scientists also found out, that cannabis can have a positive influence when used in the context of treating symptoms of glaucoma. “Glaucoma is one of the leading causes of blindness in the world”, says the article, Cannabinoids and glaucoma, published in The British Journal of Ophthalmology. This scientific paper also states: “Cannabinoids effectively lower the intraocular pressure (IOP) and have neuroprotective actions. Thus, they could potentially be useful in the treatment of glaucoma.

What does glaucoma and low blood pressure have to do with red eyes? The lower intraocular pressure (IOP) can lead to an increased blood flow within the arteries of your eye. If more blood flows through the tiny arteries in your eyeballs, you see red, literally.

There are several factors which can influence eye reddening:

• Genetic predisposition: Some stoners can smoke piles of bud without getting red eyes, some take a puff and the “demon look” takes over.

• THC Tolerance: Cannabis smokers who consume quit regularly are not very likely to have red eyes all the time. It gets better.

• Cannabis variety: It can have a great influence what kind of cannabis strain is being  consumed. The composition of cannabinoids and terpenoids varies.

• Level of hydration: Staying hydrated is always a good thing to do. It is suspected to minimize the red eye effect. Try for yourself if this works.