What is More Dangerous, Alcohol or Cannabis Products? 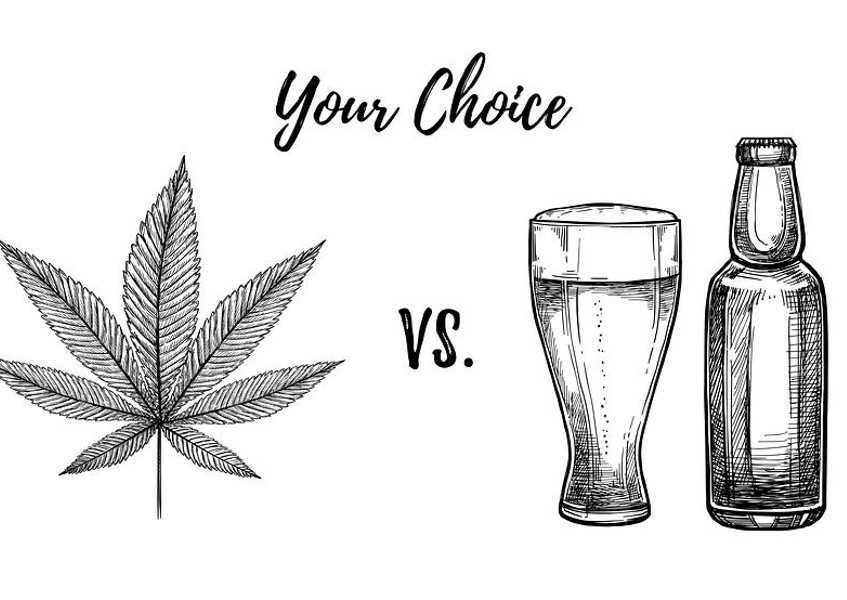 The simplest line is: People die from alcohol use, but not from cannabis. Business Insider reports, “More than 30,700 Americans died from alcohol-induced causes in 2014. There have been zero documented deaths from marijuana use alone.” If you add alcohol-related accidents or homicides, the number reaches 90,000.

New research supports these concerns and flatly show that alcohol is more dangerous than cannabis products.

The case against alcohol

Alcohol is the most commonly used inebriant — available, accessible, and addictive. It has been regulated by state and federal law since the lifting of the prohibition era. Except for a few small jurisdictions with restrictions, a few dominated by religious objections, and a few determined by political positions, alcohol is easily and affordably accessed throughout the U.S.

Alcohol is celebrated as part of some cultural rituals, holiday observations, and business events. People drink with others, at meals, and alone. And, too many fall victims to its addiction potential.

Jenn Gumbiner, Ph.D. explained the problem in Psychology Today. As she says, “Prolonged and consistent use of alcohol affects nearly every organ of the body, especially the gastrointestinal tract, cardiovascular system, and central nervous system.” She continues,

The nail in the alcohol coffin

Despite anecdotal evidence and accumulating evidence against the immoderate use of alcohol, there has been no study that directly contrasts the alcohol experience with the cannabis experience — until recently.

Scientific Reports covered an exhaustive and complex study that confirmed the risk of alcohol use exceeds that in cannabis use. “Specifically, the results confirm that the risk of cannabis may have been overestimated in the past. At least for the endpoint of mortality, the MOE for THC/cannabis in both individual and population-based assessments would be above safety thresholds (e.g. 100 for data based on animal experiments). In contrast, the risk of alcohol may have been commonly underestimated.” (I have put some word in bold to simplify the conclusion)

The study examined the Margin of Exposure (MOE) of participants to the broad spectrum of drugs and alcohol. The exposure included alcohol, amphetamine, cannabis, heroin, nicotine, methadone, and MDMA. The study confirmed that alcohol presents the highest risk of death to individuals. On the scale of risk, nicotine, cocaine, and heroin rank next. And, you can easily conclude that real and imagined concerns about cannabis are misplaced. Clearly, the political and social energies spent on anti-cannabis pressures would be better directed elsewhere.

Here’s the case that alcohol is more dangerous than cannabis products:

Alcohol continues to be attached to vehicle accidents and fatalities, to domestic violence, and to suicide. Moderate drinking, for example, one glass of wine a day, may have beneficial effects for the heart, circulation, and mood. But, heavy drinking, binge drinking, and chronic drinking put alcohol users at risk of physical, neurological, and psychological damage.

On the cannabis side of the debate

There really is no debate. Alcohol is more dangerous than cannabis products. But, there are some caveats.

What is more dangerous, alcohol or cannabis products?

The answer is in the history of use. Alcohol causes problems that have not been linked to cannabis use. The contrast is clear enough for advocates to defend cannabis issues and for politicians and healthcare to reconsider their position on alcohol.