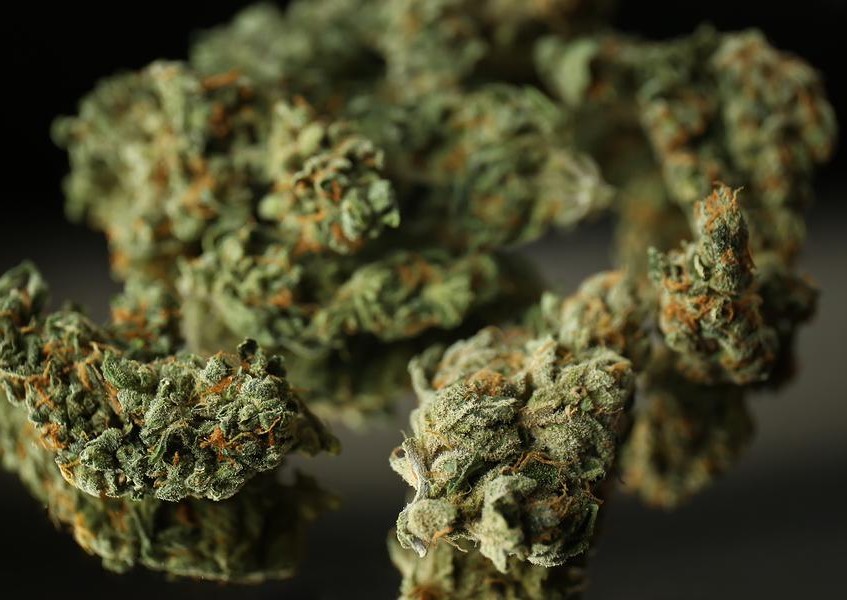 Ending your dependence on alcohol or drugs is a journey. It’s a “one day at a time” effort. Addiction is not something that starts and stops with the press of a button. It’s an individual’s choice to end the habit, but it requires the support of others.

You don’t get over an addiction, but with effort, you can get past it. You don’t recover from addiction, but you can rehabilitate, that is, change your habit. So, why you would introduce cannabis as a therapy is interesting.

Some people advise going cold turkey, suddenly ending your drugs, drinking, and smoking. Depending on your physical makeup and duration of your addiction, you will go through painful withdrawal: cramps, chills, nausea, seizures, increased heart rate, tremors, hallucinations, and more. These symptoms make it difficult to stick to your plan.

The most serious reaction is delirium tremens. According to Foundation Recovery Network, “It occurs in up to 10 percent of all alcoholics who attempt detox, and kills 35 percent of them if they do not seek treatment.” Alcohol, smoking, or drugs, the habit has altered the brain’s biochemistry, and it doesn’t know how to handle the change.

With guidance and supervision, addicts can detox, slowly and methodically flushing their systems of the toxins wrought by the addiction. Proper detoxification needs a structured environment, nutrition, exercise, and cognitive readjustment. Detox is not a cure, but it has been successful for many with the right personal commitment and consistent support.

Millions have benefited from the granddaddy of all 12-Step programs, Alcoholics Anonymous and its spinoffs in Narcotics Anonymous and Prescription Anonymous. As the Addiction Center says, “At the very least, the 12 Step model provides support, encouragement, and accountability for people who genuinely want to overcome their addiction. The sponsorship model, as well as regular meeting times, encourage the kind of social support that has helped countless people stay clean.”

Because of anonymity, there is little research on recidivism. But, 12-Step programs accept that addiction is a journey, a program which addicts must work every day.

About cannabis as a “gateway” to rehabilitation?

WebMD lists some of the physical and emotional effects of ceasing addictive habits:

Cannabis has scientifically confirmed properties that treat each of these symptoms. Its cannabinoids and entourage effect have proven anti-anxiolytic, anti-emetic, anti-inflammatory, and anti-spasmatic medical benefits.

But, there’s more to cannabis’ potential when it comes to moving forward on the journey from chemical addition. The FDA Schedule I Drug that many have labeled as a “gateway” to addiction may be a way out.

So, we look to expert opinion, common sense, and scientific research. For starters, the respected Dr. Sanjay Gupta reported on 5-years of his research in a CNN special, “cannabis can help patients decrease the number of opioid pain pills they take. We’ve seen it firsthand among our family and friends and recent studies back us up as states with legal access to cannabis have lower rates of opioid usage than prohibition states.”

This idea that cannabis can play a role in harm reduction. CNN reported, “Harm reduction is a strategy for treating addiction that begins with acceptance. A friendlier, less disciplined sister of abstinence, this philosophy aims to reduce the overall level of drug use among people who are unable or simply unwilling to stop. What should naturally follow is a decrease in the many negative consequences of drug use.”

There are several drugs used to assist cocaine use including Disulfiram “an established medicine used for the treatment of alcohol dependence. It causes a characteristic unpleasant reaction when alcohol is ingested.”

The government heavily finances the administration of Methadone, Buprenorphine, and Naltrexone to heroin and opioid addicts. And, it approves the use of Nicotine Replacement Therapy with transdermal patches, gum, and lozenges. So, common sense tells us that harm reduction is an acceptable and effective therapy.

1.  In an extensively detailed 2018 presentation by Dustin Sulak, D.O., he concluded, “medical and adult-use marijuana laws have the potential to reduce opioid prescribing for Medicaid enrollees, a segment of population with disproportionately high risk for chronic pain, opioid use disorder, and opioid overdose.” Specifically, he summarizes the role of cannabis in harm reduction for opioid users:

2.  In a 2018 summation of research, Cannabis and Cannabinoid Research, the authors’ list:

3.  In June of 2018, New York State added opioid dependence as a reason to permit medical marijuana use: “Marijuana can be an effective treatment for pain, greatly reduces the chances of dependence and eliminates the risk of fatal overdose compared to opioid-based medications.”

The work goes on

There’s just so much sense to the idea that natural resources would treat substance dependence. There is, of course, a potential for Cannabis Use Disorder (CUS) in cannabis users predisposed to dependent behaviors, and there is a record of cross-addiction especially users of alcohol and cannabis.

But, cannabis does appear to be busting the negative label as a gateway drug in favor of a fact-based value.