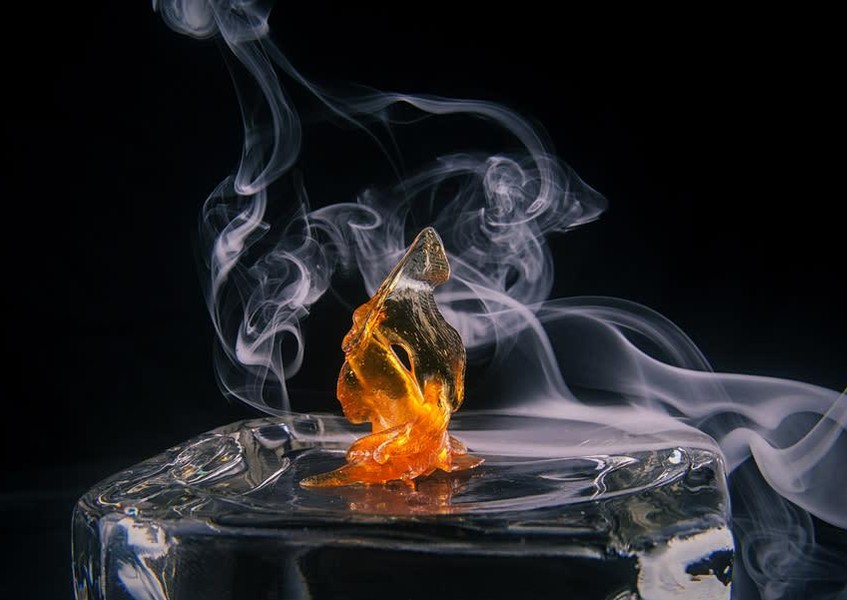 There has always been a stigma attached to dabbing. It once was a desperation move to find something left in a bowl or bong, sort of scrapping the bottom of the barrel.

On the other hand, the power and quality of the THC high has been moving dabbing to the front burner of user experience and may influence the canna-economy if broadly legalized as recreational use. Still, Newsweek says, “Although dabbing allows a user to get high much quicker than smoking, it may also come with serious health risks.”

The problem is that dabbing refers to so many different forms and techniques, you need a complete guide to dabbing cannabis concentrates.

In a dab, you touch a cannabis concentrate to a hot surface or vice versa. Then, you inhale the fumes.

A cannabis concentrate is what is left over after all the cannabis plant material has been removed from the marijuana.

710 is the cultural tag for dabbing because 710 is OIL upside down.

You need some equipment to dab properly:

Rigs come in a wide variety of structures, some more user-friendly than others and some less risky than others. After all, you are using fire and gases here.

Dabbing releases the cannabis terpenes, the rich oils secreted by cannabis glands. Terpenes are common to fruits, herbs, spices, and vegetables. Common terpenes have been used throughout history as remedies for assorted medical problems.

But, the big prize is the THC potent hit.

Dabbing emits THC-intensive vapors. That’s good and bad. A .05 gram of 70% THC concentrate yields 30 milligrams of THC. That is the equivalent of several rapidly smoked joints or several edibles consumed at the same time. So, while it may provide the high you are looking for, dabbers often have trouble with moderation.

Using also promises quicker pain relief for dabbers with medical conditions. However, there is a downside:

Dabbing is not for new users. Novices do not know enough about the strains or the differences among the concentrates. Under the best conditions and with enough support and guidance, it can provide a unique experience for those who build up to it.

What you can expect

The New York Times warns, The Federal law enforcement officials say the drug, also known as shatter, budder, and honey, is now on their radar.” And, it’s stereotypical image of a stoner brewing something mean in the basement doesn’t help.

Part of its problem is where it fits into the prospective cannabis marketing of the future. While it can produce immediate health benefits, the dabbing image does not quite fit the medical marijuana marketing profile.