Smoking or Vaping Cannabis: What is the Difference to Your Health? 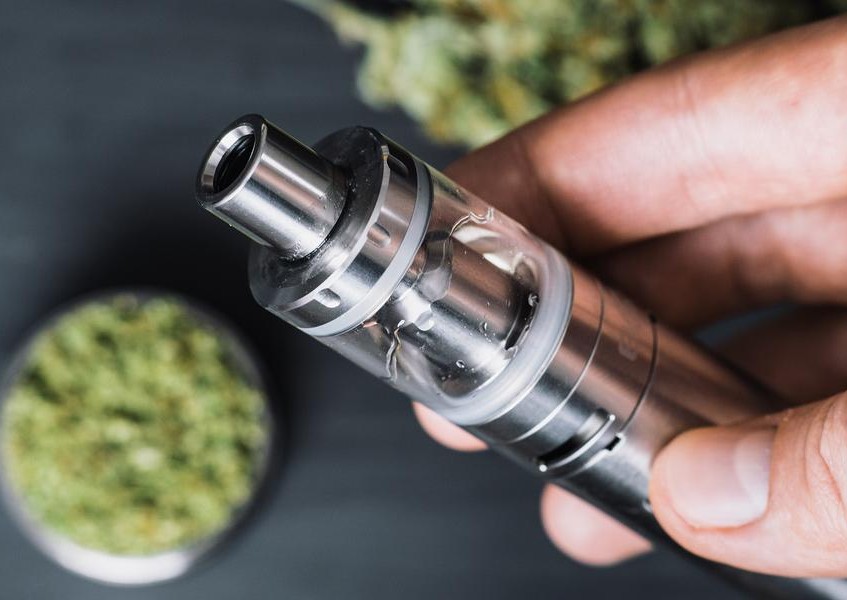 Smoking and vaping are only two of the many ways of using cannabis. Still, they may be the most popular uses. Smoking pot or weed has long been the method of choice, but vaping is growing in popularity.

Each has its pros and cons. Each produces different effects. But, what is the difference to your health?

Vaping uses a device like an e-cigarette or personal vaporizer. Originally offered as an alternative to smoking tobacco or weaning off cigarettes, their users have pursued several options.

Vaping devices vaporize a mixture of propylene glycol and vegetable glycerin. The e-liquid may also include flavorings, nicotine, or cannabis. The earliest devices resembled tobacco cigarettes. But, market demand has driven a wide variety of modified versions, fittingly called “Mods.”

Mods come with different features, and they compete for customers with unique designs and capabilities. And, e-liquids are increasing in number and variety.

Recent innovations vary in shape, materials, and size. The JULL, for example, is a clever stick, the size of a flash drive, that charges in your USB port and uses injected pods instead of fluid canisters.

How do you use a vaper?

Some vapers have so many features that they require some study and experience. But, novices are inclined to vape as if they were smoking cigarettes or marijuana. They will inhale deeply and/or repeat too soon.

“Experts” recommend making long drags and not inhaling to your lungs. That’s because the vapor will absorb through the soft tissue of your mouth. Moreover, the vapor molecules are larger than smoke molecules, so they do not pass through the lungs as quickly.

In any case, some experience will change your behavior. Even if there is no right or wrong way to vape, you will adjust to what works best for you.

There are many ways to “smoke” cannabis, but for the sake of this conversation, you should stick with smoking a joint.

It takes some talent to roll the perfect joint. And, no two users agree. Still, you might watch RuffHouse Studio’s video on How to Roll Various Joint Styles Marijuana Tips &Tricks.

You’ll light the joint by rolling the tip through the flame of a lighter or hemp light. Combining inhales and lighter puffs, you want to create a slow-burning rosy end. Lighting it like a cigarette — between your lips and drawing heavily — will create an uneven burn and waste product.

It may take some practice to develop a knack for deep breathing, pulling air deep into your lungs. You’re going to pull the smoke into your mouth with your cheeks to keep the burn smooth and even.

While the smoke is in your mouth, you take a deep breath of fresh air to push the smoke down. After you’ve held the smoke there for two seconds, you can exhale fully. The cannabis hit is already underway. Some say the longer you hold the breath, the stronger the high. But, there’s no proof.

Smoking Cannabis or Vaping Cannabis: What is the Difference to Your Health?

Okay, now that you have the definitions out of the way, you can face the controversy on which is “better” for you, smoking cannabis or vaping cannabis.

You will not find unbiased comments on this question. But, if you stick with the science, you’ll find Mitch Earleywine and Sara Smucker Barnwell writing for Harm Practice Journal, “Cannabis smoking can create respiratory problems. Vaporizers heat cannabis to release active cannabinoids but remain cool enough to avoid the smoke and toxins associated with combustion. Vaporized cannabis should create fewer respiratory symptoms than smoked cannabis.”

The combustion that produces smoke differs from the heating that produces vapor. Regardless of the cannabis content, combustion will likely release ammonia, carbon, carcinogens, tar, and other toxins. Vaping produces less of each of these issues.

It should not be news to anyone that taking foreign stuff into your lungs presents some risk. Your body already has trouble processing everything it takes in when breathing “fresh” air in a polluted environment.

The anatomy begins to screen for toxins with the hairs in your nose. Sinuses and mucous fluids trap more. And, the incredibly complex of tissues that form the lungs seek to filter even more before the molecules reach your blood.

Anything that the respiratory process admits to your blood will reach your brain and other organs. It will aggravate, excite, and irritate them. Vaping has the advantage of producing fewer toxins and producing molecules less passable through the lungs.

Where does this leave you?

Patrick Lucas Austin writing for LifeHacker called joints, “Cannabis for People Who Drive Stick.” He insists that vaping will be the future of cannabis consumption. But, he doesn’t attribute that to relative health value.

Vaping is “new” and popular. It is an alternative to smoking, a means to wean off cigarettes, and discreet. It is enormously popular among teens who are always looking for some habit they can call their own.

Frankly, wellbeing is not the primary motive behind smoking or vaping. Users want a high, an experience different than daily life. Others drink, some use hard drugs, and others are dying from opioids. Smoking cannabis or vaping cannabis offer a preferable and less risky alternative escape.

Chronic cannabis smokers risk harm to their respiratory and circulation systems even if that harm is far less dangerous than tobacco smoking. There have been no long-term studies of the effects of vaping. But, you might expect some irritation and damage to the soft tissue of mouth and gums in heavy users.

You can pursue solutions or relief in milder cannabis strains that have been certified pesticide free. You can press for cleaner, non-contaminated vaping liquids. But, enjoyable habits all seem to contain some risk.