Though Super MelonHead Kush is known to be an indica-dominant hybrid, there isn’t enough public information to gauge how much of it is sativa and how much indica. It’s a close cousin to Super Kush, and in fact the two may simply be the same strain masquerading under different names. Like that strain, Super MelonHead Kush is a cross of Northern Lights #5 and Hindu Kush, both very popular in their own rights. There is little public data regarding THC levels in this strain, but there isn’t any evidence to suggest they’re especially high. CBD levels are also something of a mystery, but that alone means Super MelonHead Kush shouldn’t be used as the sole means of treating seizures or other problems that respond to CBD. The indica-driven high is mostly physical, with calming, couch-lock effects, sleepiness, and intense hunger. That makes it a very useful tool in treating wasting and eating disorders, as well as insomnia and chronic pain. This strain has a fruity mango flavor, and it smells of watermelon. The buds are lime green with brown hairs. Look for Super MelonHead Kush in San Diego but don’t expect to find it elsewhere. 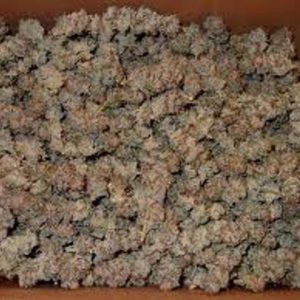