Not All Cannabinoids Created Equal 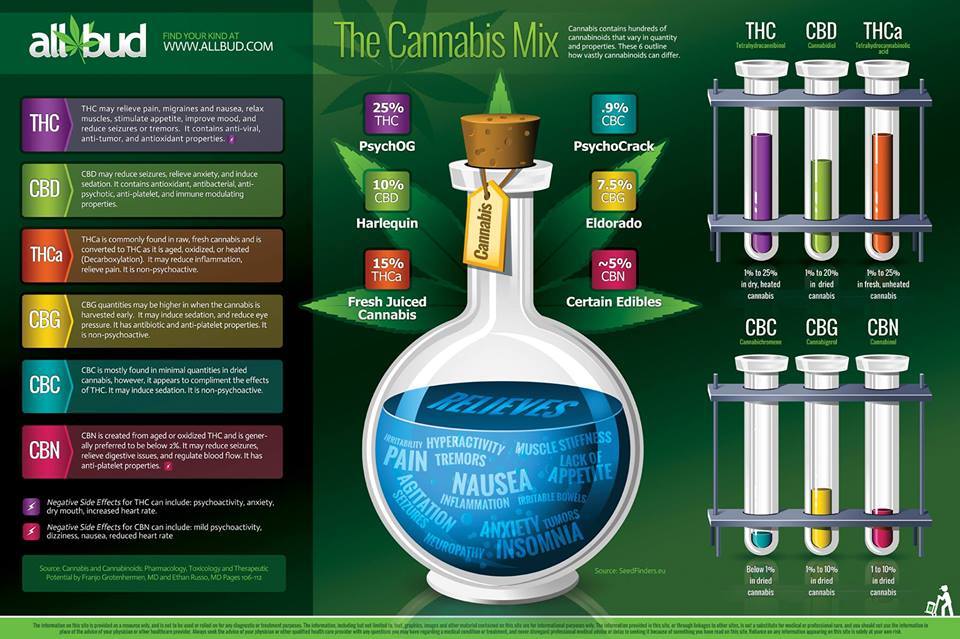 That may sound a little overwhelming, especially if you assume that being a good MMJ patient requires you to be informed about all these different cannabinoids. While having some general knowledge is certainly wise, it would be silly to suggest that you need to be an expert on each different cannabinoid—especially since, frankly, a lot of them don’t really have much effect one way or the other.

It might surprise you to learn that cannabis actually contains somewhere around 460 unique compounds. To date, 80 of them have been positively identified as cannabinoids, though it is likely that there are at least 100 cannabinoids in total, many of them simply pending further research. Some of them are not known to have any real medical effect, but the FDA currently considers about 20 of them to be medically relevant.

For the MMJ patient, it is helpful to understand the different ways in which cannabinoids react—with each other, with the outside environment, and of course with the human body. Consider some of these facts:

What’s in Your Cannabis?

The bottom line: Cannabis is made up of many different cannabinoids, but not all of those cannabinoids are created equal. They differ not only in their chemical properties and medicinal effects, but even in their basic level of importance. While a lot of cannabinoids seem to have great medical properties, many others are so scarce, so low in quantity that they just don’t do much. Likewise, many potentially effective cannabinoids are actually destroyed in the consumption process, rendering them pretty much moot.

The interesting thing, though, is that as research continues and we all come to understand cannabinoids better, some of these seemingly ineffective cannabinoids may be boosted and enhanced. Super producers will no doubt find ways to up their quantities or to prevent them from being destroyed—which could lead to some exciting new breakthroughs in medical marijuana use.

For now, though, we recommend that MMJ patients show special attention to the primary cannabinoids: THC, CBD, and—for those willing to consume it raw and fresh—THCa. These are the ones we know to be impactful, and certainly worth being aware of!