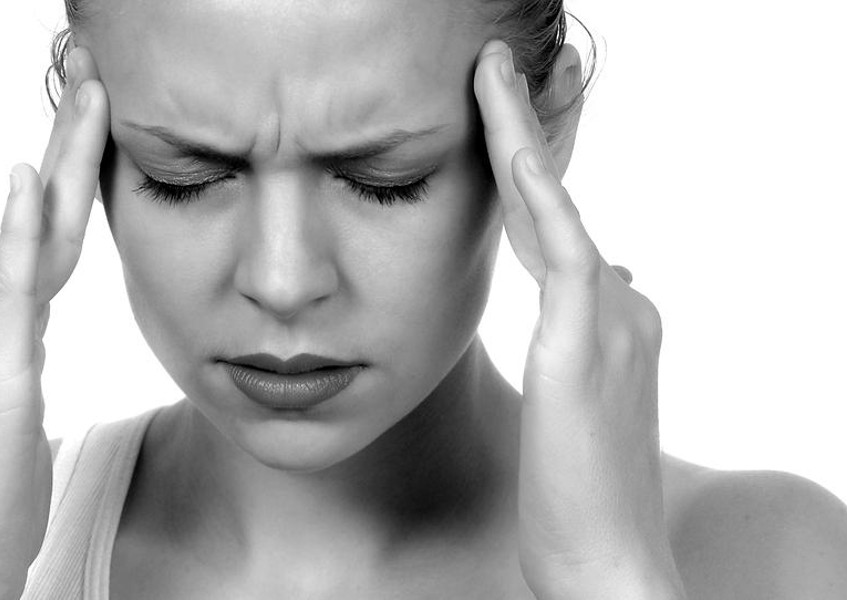 For centuries, people have used cannabis to treat and prevent migraine headaches. It has been part of pharmacology since the 19th-century, and contemporary research and development sees the potential benefit in cannabis therapies.

Self-medication is often a positive indicator of a component’s value, but it can be very negative as in the use of alcohol and opioids to treat real and imagined pain. However, general pharmacology indicates that cannabis is a vasodilator. That is, it dilates blood vessels to reduce blood pressure, increase blood flow, and increase heart rate.

Cannabis also increases Cerebral Blood Flow (CBF) in the brain’s frontal regions. And, because migraines are associated with vasoconstriction, there may be a promising mechanism of action.

“New” is a bit relative. Most of the medical cannabis reports have been preoccupied with a 2016 study on Pharmacology (see #5 below). But, it’s important for you to consider those conclusions in the context of other recent research:

1. A 2008 report in Therapeutics and Clinical Risk Management concluded, “Given their multi-modality effects upon various nociceptive pathways, their adjunctive side benefits, the efficacy and safety profiles to date of specific preparations in advanced clinical trials, and the complementary mechanisms and advantages of their combination with opioid therapy, the future for cannabinoid therapeutics appears very bright, indeed.”

You could simplify this conclusion that cannabis has a proven, if unclear, entourage effect that works in the care of difficult to diagnose and manage pain. The study did not follow any marijuana use, but it saw R&D potential in combining cannabinoid derivatives with opioids.

2. An extensive and complex 2007 study published in BRAIN: A Journal of Neurology focused on subjects with Reversible Cerebral Vasoconstriction manifest in “thunderclap” headaches. It used magnetic resonance imaging to track problems and reaction to therapies.

They studied the frequency and intensity of headaches following use of specific vasoconstrictors (viz. “Cannabisa, cocainea, ecstasy, amphetamine derivates, lysergic acid diethylamine” [Latin spellings]), sometimes in combination. They did not find cannabis to be preventative. But, prevention was not their focus.

This study found, “Nausea was the most frequent associated symptom (57%), followed by vomiting (38%), agitation (32%) and photophobia (30%).” And, later studies have found cannabinoids, with or without the entourage effect, have direct benefits for patients suffering from these symptoms.

3. In 2014, Neuro Endocrinology Letters reaffirmed the results of an earlier study (2003) that proposed a diagnosis of Clinical Endocannabinoid Deficiency (CECD). The results found “underlying endocannabinoid deficiencies indeed play a role in migraine, fibromyalgia, irritable bowel syndrome and a growing list of other medical conditions.”

In other words, the fact that migraines occur in patients who have stopped using cannabis after some time indicates that the cannabinoids were satisfying that deficiency.

4. Research originally published in 2015 revisited a 1987 article in Headache: A Journal of Head and Face Pain. It reported three case studies where migraines appeared following the cessation of chronic cannabis use.

It inferred that, “Since cannabinoids have been reported to have both a peripheral vasoconstrictor effect and an ability to inhibit platelet serotonin release induced by migraineur’s plasma, they may have a specific migraine prophylactic effect. This would have implications regarding potential therapeutic uses of cannabinoid derivatives.”

5. Cannabis reduced the frequency of migraine clusters from 10 incidents a month to less than 5. Research at the University of Colorado published in Pharmacology (2016) asserts, “Positive effects were reported in 48 patients (38.7%). Most reported decreased frequency or aborted migraine headaches. “Inhaled forms of marijuana were commonly used for acute migraine treatment and were reported to abort migraine headache.”

Fifteen of the 120 subjects reported no benefit, and three complained things got worse.

6. The European Academy of Neurology reported the 2017 work of Dr. Maria Nicolodi that focused on the effective of dosage in treatment of 48 patients diagnosed with chronic and severe migraines.

In a first phase, they administered doses of a combination of 19% THC and 9% CBD. “It was not until an oral dose of 200mg was administered that acute pain dropped by 55 per cent.”

There was a slight improvement in those with acute chronic migraines over those taking the Elavil. But, Dr. Nicolodi concluded, “We were able to demonstrate that cannabinoids are an alternative to established treatments in migraine prevention. That said, they are only suited for use in the acute treatment of cluster headaches in patients with a history of migraine from childhood on.”

7. Cannabis and Cannabinoids Research (2017) lays out the unknowns: “The pathophysiological mechanisms of many headache disorders are not entirely understood. Nevertheless, preclinical data examining the effects of endocannabinoids on the neurological and vascular systems demonstrate the influence of endocannabinoids in modulating several major components of migraine pathogenesis.”

But, it reiterates what science does know and what it could and should do. It argues that lasting anecdotal reports and the biochemistry mechanisms shown in pre-clinical research warrants extensive clinical trials

In short, if you know that cannabinoids positively affect symptoms of migraines, including nausea, vomiting, stress, depression, and pain, you can reasonably conclude that something is working.

What can you draw from new studies?

Recent studies that claim medical cannabis is effective for treating migraines will provide some comfort for migraine sufferers who are desperate for pain relief. Burdened with pain that few understand and all its attendant problems, patients look for clarity and support.

Between anecdotal reports and published research, cannabis has a positive role to play. However, all research has also concluded that more research must happen. Research must determine appropriate dosage, recommend cannabis strains or THC: CBD ratio, and identify effective administration routes: smoking, pills, oils, edibles, and so on.

You know how high-THC cannabis accelerates brain activity and how high-CBD cannabis calms and soothes. You know that cannabis well dosed and proportioned has positive effects on nausea, vomiting, stress, and depression. You understand it treats PMS and PSTD effectively.

What you don’t know is what research has yet to reveal. And, with continued FDA restraints, you will not soon know how effective medical cannabis is for treating migraines.