Marijuana in Montgomery — What's The State of Cannabis Legality in Alabama? 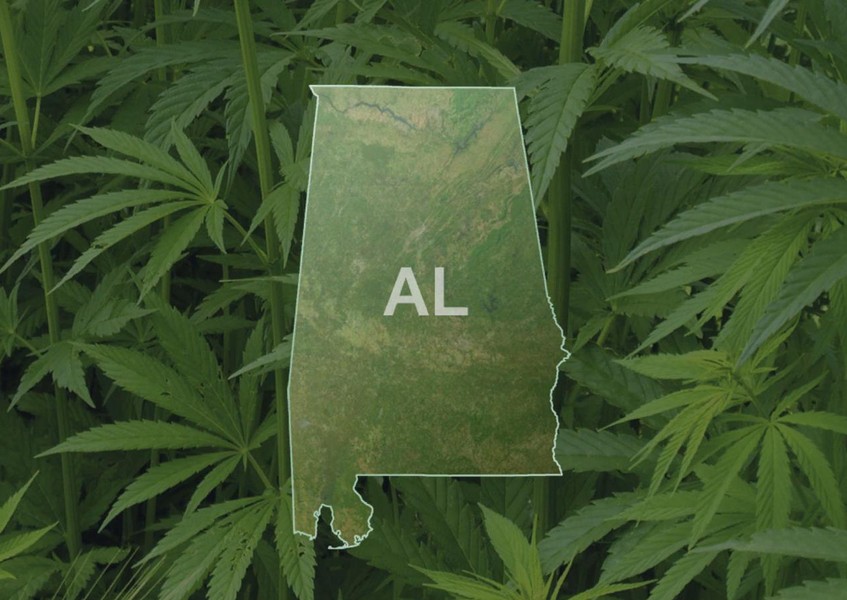 It’s taking a long time for Alabama to open up to legal cannabis use and cultivation. To this day, the Yellowhammer State has some of the most restrictive policies on growing, selling, and consuming recreational weed. Although groups like the Alabama Cannabis Coalition are trying to legalize recreational pot, it doesn’t appear leaders in Montgomery are too concerned with changing their current marijuana policy.

However, there’s a bit of hope for patients living in this southeastern state. In 2021, Alabama made history when it signed its Medical Marijuana Program into law. Although this initiative has been slow to roll out, local lawmakers have begun to lighten their stance on medicinal cannabis. If all goes according to plan, Alabama adult patients could soon apply for MMJ cards.

How Could Alabamians Apply For a Medical Cannabis Card?

Alabama legalized medical marijuana in 2021 with the passage of SB 46. However, just because Governor Kay Ivey signed SB 46 doesn’t mean Alabamians gained instant access to pot prescriptions. This new law set the wheels in motion for legal medicinal weed, but it will take time before adult patients can access it.

According to recent reports, it’s unlikely Alabama will have a fully-fledged medical marijuana program until 2023. Unless lawmakers quickly change SB 46’s language, the state government won’t accept applications from medical marijuana growers until September of 2022.

It will likely take months after the September launch till Alabama approves any applications from farmers, dispensaries, and caregivers. The state government also says it wants to ensure its doctors have a solid education in prescribing cannabis to patients.

A few of the conditions recognized by the Alabama Medical Cannabis Commission include the following:

Although the medical marijuana industry is just getting started in Alabama, residents can get a head start applying for MMJ cards. Companies like My Marijuana Cards help put patients in touch with MMJ-approved physicians that can write cannabis recommendations. Please visit this link for more information on how My Marijuana Cards can help.

Where Can Alabama Residents Get Legal Marijuana?

Currently, there are no legal MMJ dispensaries in Alabama. Although the state has signaled it will allow the sale, use, and cultivation of medical cannabis, it has yet to accept applications from residents. If all goes according to plan, MMJ cardholders should see state-recognized dispensaries start to appear as early as 2023.

Cannabis fans in Alabama should keep tabs on AllBud’s dispensary page to see when and where the first medical marijuana facilities open in the state.

How Much Medical Marijuana Is It Legal For Alabama Residents To Order?

The full details of Alabama’s MMJ program are still in flux, but SB 46 specifies that legal MMJ patients will be allowed to hold 70 daily doses of approved cannabis products at any given time. Each of these items must contain less than 75 mg of delta-9 THC.

Alabama is one of the least friendly states for cannabis cultivators. Even when the state rolls out its MMJ program, patients cannot grow any cannabis on their premises. If police catch residents growing any marijuana at home, there will be significant legal repercussions. Currently, Alabama considers at-home cannabis cultivation a “felony,” which carries the risk of 2 – 12 years in prison and a $30,000 fine.

Is It Legal To Buy CBD Oil In Alabama?

Alabama is still tough on recreational THC, but it has softened its stance on hemp-derived CBD products. Indeed, medical CBD oils have been legal for Alabama patients with epilepsy as far back as 2014. When the US government legalized hemp-derived goods in 2018, Alabama followed suit with SB 225.

Whether people want to use CBD recreationally or medically, it’s legal to buy this non-psychoactive cannabinoid in the state. However, residents should remember all legal CBD products must come from the hemp plant and contain ≤ 0.3 percent delta-9 THC.

Does The Yellowhammer State Have A “Green” Future?

Alabama may be the first US state alphabetically, but it’s certainly not at the forefront of cannabis legalization. Although there appears to be some popular and political support for weed legalization, it’ll probably take a few years before marijuana goes mainstream in Montgomery. Lawmakers will likely want to monitor their new medical marijuana program before moving ahead with more relaxed recreational cannabis laws.

However, nothing’s set in stone in the cannabis industry, and unexpected legal changes can happen at any moment. To stay informed on any changes to Alabama’s marijuana code, it’s a good idea to follow trusted cannabis-focused sites like AllBud.You could also sign up for an AllBud account to track whatever weed-related developments you’re most interested in.