Is It Safe to Consume Cannabis While on Medications? 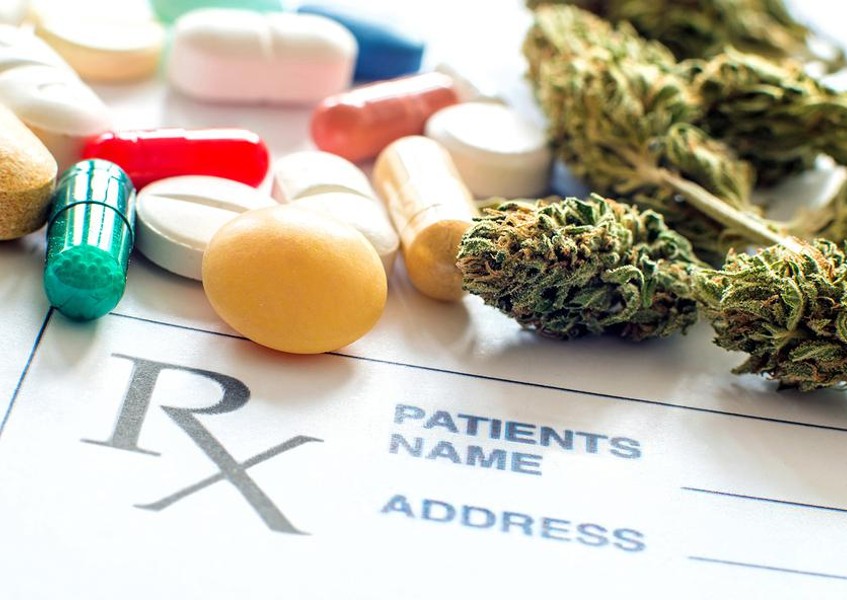 In some research, we must defer to ethics and accountability. Sometimes, anecdotal history is just not enough. With so little responsible research done on the question, there is some risk in assessing whether it is safe to consume cannabis while on medications.

History has encouraged and facilitated self-medication, but with the universal access to some medications, we could be mixing risk with risk to say there is no problem.

One up front problem is that cannabis treats many of the same conditions with specific prescription regimens. With a great deal of attention paid to issues of stress, depression, and difficult to diagnose and treat medical problems, there is the chance that people will mix contraindicated remedies and/or overdose with combinations of treatments.

What does contraindicated mean?

In pharmaceutical environments, “contraindicated” refers to a situation in which a drug may be harmful to a patient. This might result from other conditions affecting the patient.

The former requires you to weigh the benefit and risk, and the later should be avoided except in the most extreme situations. And, there are those that affect people with allergies, hypertension, or women who are pregnant or plan to be.

A great deal is known about the risks in consuming combinations of prescription and over-the-counter medications. The Food and Drug Administration requires deep and broad research and development before it approves medications. But, there are no such requirements for cannabis breeders and producers. Some studies have followed interactions, but research is not part of the cannabis seed-to-purchase process.

Consuming marijuana with these drugs presents a risk:

Regular and long-term use of lithium risks chronic renal failure, and cannabis produces no such risk. But, since Lithium (and similar drugs) and cannabis treat the same symptoms, mixing them without moderation and monitoring risks doubling their effects.

What’s a patient to do?

Occasional light use of cannabis should not add risk for those on a prescribed medication regimen. But, any decision to treat serious medical conditions with cannabis should have a doctor’s approval. You should not consume cannabis without full disclosure to your doctor.

It’s to your distinct health advantage to tell your doctor about the frequency of your cannabis habit and the cannabis strains preferred. You are in the best position to judge if the doctor’s reaction is a knee jerk rejection of cannabis benefits.

This column does its best to avoid medical advice rather than confuse or misdirect readers. Neither a medical or research professional, I am in no position to recommend treatment of very significant medical problems. And, I am concerned that we know so little about the mechanism of action between cannabis and pharmaceuticals.

We do know that no one has died directly from cannabis consumption. And, I know of no credible reports of anyone dying from a contraindicated combination with medications. But, patients with established heart conditions, diabetes, hypertension, and psychosis must be cautious.