Flying High: Traveling with Cannabis? What You Should Know 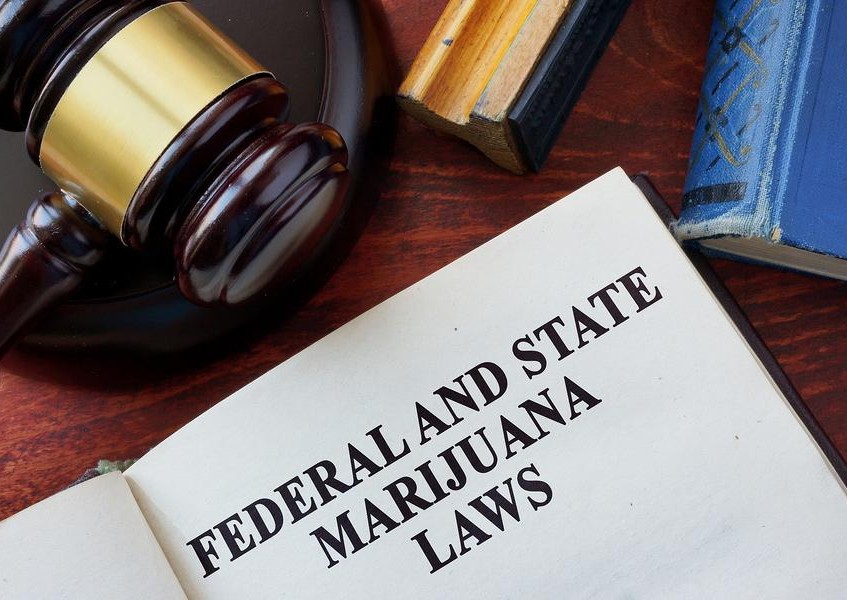 People do fly the friendly skies while in possession of cannabis. The fact that they get away with it does not make it legal.

Any interstate travel that takes you through a federal check point is subject to search, seizure, and prosecution.

Even though the TSA is focused on bomb and threats of violence, they will stop, search, and arrest if they reasonable interest.

Flying high? Here’s what you should know when traveling with cannabis!

1. TSA does not arrest, but it can call in local police assigned to airport duty. The official statements at TSA.gov say, “TSA security officers do not search for marijuana or other illegal drugs, but in the event a substance that appears to be marijuana or a cannabis infused product is observed during security screening, TSA will refer the matter to a law enforcement officer.” This also applies to medical marijuana.

2. Interstate and intercontinental travel in possession of a controlled substance violate federal law. But, your real problem is knowing the laws of your flight destination.

While you may pass security checks in the U.S., the prohibitions at your destination will not be as casual. Most countries do not permit possession and use of cannabis, and many of them have very serious penalties.

3. Airport authorities, in states where possession and use have been legalized, will overlook possession of the quantity permitted for possession in that state if you fly from one airport to another in that state.

4. Despite the presence of TSA, commercial airports are not federal property. Cities or states own the airports. And, all airports prohibit smoking of any substance outside of designated areas. Smoking marijuana is prohibited, even in designated areas, because use in public is illegal. Moreover, some airports like Denver International prohibit possession and carry on the property altogether.

5. According to USAToday, “In airports that don’t ban cannabis property-wide, local law enforcement called over by TSA officers will outline a passenger’s options, which may include disposing of the product in a trash bin or locked amnesty box, giving it to a friend in the terminal, or putting it in their car.” The airport policy has more to do with overall security and best practices than it does with a bias against cannabis.

6. CNBC notes, “Before travelers consider giving new meaning to ‘red-eye flight,’ note that airlines reserve the right to turn passengers away if they appear intoxicated, just as they do if they are acting violently, yelling, or appear ill.”

You may indeed consume an edible before your arrival at the airport, or you may smoke a strain that will not leave you obviously strung out. But, you don’t want to arrive at your departure gate heavily under the influence.

7. You should pack smart. The dogs you see in airports are sniffing for bombs and chemicals — not drugs. However, you should still pack wisely. They will open your checked bags more often that your backpack or carryon. So, you’ll want to carry your product on board. It’s like hiding stuff in the open.

In fact, you might pack it among other carryon snacks and treats. But, you don’t want to hide it in your laptop or any device where x-rays may notice the unusual.

8. A safety case will seal and protect your stash from giving itself away with pungent odors. You can pass of lighters, bunts, and vape pens as your cigarette stash.

You should avoid packing any cannabis liquids in any size. And, you should generally remove anything that would draw attention, like razors, sharp-edged instruments, syringes, and more.

9. Smoking any substance onboard an airplane is strictly banned and subject to serious penalties. Smoking cannabis on a plane only complicates that.

10. States where cannabis has been legalized are only developing policies and procedures for airports. For example:

Flying high? Everything you need to know

Arrest patterns continue even where cannabis has been legalized. The disparate treatment of minorities increases your risk of trouble when traveling. People who under DACA restrictions should not push their luck.

Medical marijuana card holders enjoy no special protection. But, airport personnel have been inclined to permit possession a quantity warranted by your medical marijuana I.D.

And, while it is your right, traveling in full Marley-mode flaunting your dreadlocks, Ethiopian colors, and Rastafarian gear. You don’t need political taunts on your t-shirts or hoodies if you’re literally trying to fly under the radar.

You can travel with cannabis. Millions do it every day. But, it is illegal in most circumstances. So, it just makes more sense to buy when you get there.