CBD vs THC: Differences, Benefits and Side Effects 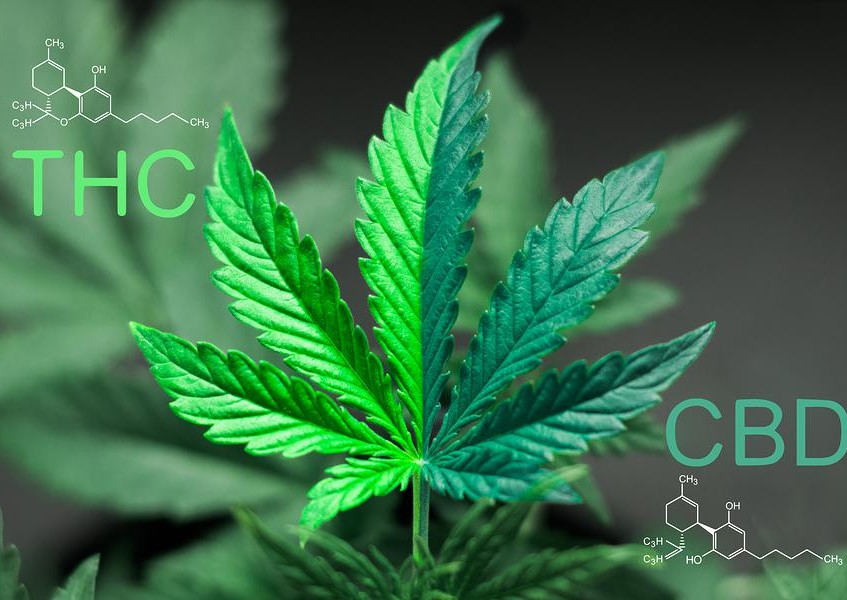 CBD and THC do differ. They differ chemically and in their mechanisms of action on the brain and body producing differences in benefits and side effects. But, let’s set something aside first.

The huge marketing drift toward hemp-derived CBD products has awakened the FDA. The multiple claims of physical and psychological properties and benefits bother the enforcement agency. The FDA’s interest threatens the markets for cannabis sativa and Indica products.

The hem-derived CBD industry has been a sleepy arm of the natural, organic, and herbal world. Relying mostly on anecdotal history, it has made broad medical claims for decades. Now, the hemp folks have ridden the coattails of the sudden swell in the legalization of grow, sell, and buy of medical and recreational marijuana.

The hemp-based CBD products may live up to their claims, but the unwanted attention by the FDA will broaden to include cannabis-derived products. And, that’s a shame! My problem is helping you understand there’s a difference between CBD and THC without getting into the hemp claims.

CBD vs. THC: the chemical difference

In the 1960s, Professor Raphael Mechoulam at Israel’s Hebrew University of Jerusalem discovered a complementary and positive synergy between the cannabinoids in cannabis and the human Endocannabinoid System (ECS). His discovery and consequent creation of synthetic cannabinoids launched scientific and pharmaceutical interest in the plant’s potential for medical benefits. It also helped reduce the long-entrenched stigma attached to recreational use.

The FDA’s continuing classification of cannabis as a Schedule 1 drug has radically limited subsequent research on differences, benefits, and effects. So, we are short on “gold standards,” final words, and absolute proof. But this much we know:

CBD vs. THC: the different mechanisms of action

“Mechanism of Action” is a scientific term for how a chemical interacts with an animal’s systems. Because of the FDA-affected limit on quality long term research, we are still not clear on the mechanism of action for either CBD or THC. What we do know is important if not comprehensive.

Because we know more about THC than CBD, we will start there:

• THC binds with CB1 and CB2, G-protein-coupled receptors located in the cerebellum hippocampus, basal ganglia, spinal cord, and peripheral neurological system. Binding with CB1 receptors produces the psychoactive changes cannabis users look for in what has come to be known as “recreational use” cannabis.

Nerve cells end in little “tails.” The body of the cell extends slender “arms” (axons). These arms end in “fingers” (dendrites). Each finger is reaching out to another finger on another neuron to transmit neuro-electric signals across a slight break in the chain (synapse). Anything that disrupts the movement of neural messages across the synapses antagonizes body/brain behavior.

THC is an agonist. When it binds to the CB1 receptors, it disrupts the flow and sends unconventional signals to the brain. It effectively alters the brain’s perceptions, memory, cognition, and mood. It may also affect psychomotor ability, warp perceptions of time and space, and promote hallucinations, paranoia, and psychosis.

• CBD’s mechanism is less clear. It does not bind with the CB1 and CB2 receptors in the same way as THC, but it appears to interfere with those molecules that do bother the receptors. It even runs interference on the influence of THC reducing and even minimizing its impact.

As it gets in the way of things, CBD apparently lets somethings work normally. For instance, it inhibits inflammation and epileptic spasticity. It also effectively mimics the effects of inhibitors like acetylsalicylic acid (Aspirin), ibuprofen, and naproxen.

CBD appreciably reduces the reuptake of anandamide. Anandamide, known as the “bliss” molecule, is routinely reabsorbed by the body. CBD inhibits the return thereby increasing the levels of bliss.

And, analysts attribute an “entourage effect” to CBD. That is, may medical conditions result from multiple coinciding physiological factors. They often respond better to a synergistic combination of therapies proving more effective than treatment with a single compound.

CBD vs. THC: the difference in benefits and side effects

CBD empowers multiple benefits. However, lacking the large sample, long-term, blind sample research, we still don’t have the findings necessary. For example, there is a general anecdotal and researched consensus that CBD reduces stress and anxiety:

• A study on only 16 males published in Cannabis and Cannabinoid Research (2018) found, “Prolonged CBD treatment appears to have promising therapeutic effects for improving psychological symptoms and cognition in regular cannabis users.”

• A review out of Maastricht University (2017) contends studies “provide empirical support for the antipsychotic effects of CBD and indicate reduced side effects, high tolerability, and superior cost-effectiveness compared to regular antipsychotic medication. It is concluded that CBD may prove a safe and attractive alternative treatment for psychotic conditions.”

• The Journal of Alternative and Complementary Medicine (2019) reported results of a study of 11 adult victims of PTSD: “Administration of oral CBD in addition to routine psychiatric care was associated with PTSD symptom reduction in adults with PTSD. CBD also appeared to offer relief in a subset of patients who reported frequent nightmares as a symptom of their PTSD.”

Derivatives of CBD have delivered proven and authorized approval for treatment of neurological and spastic disorders including refractory epilepsy. And, because it counters the psychoactive impact of THC, it has untested and unpursued therapeutic value potential.

THC triggers the psychotropic referenced earlier. And, without doubt, the inebriating high has been a primary benefit to millions of users throughout generations. Effects include a slight elevating euphoria to head-warping trip depending on the potency of the strain and a host of physiological, psychological, and environmental factors.

The euphoric high can be a helpful escape for many, a distraction from burdensome stress and anxiety. As for other benefits:

If this is confusing, it reflects the limited research. The researched studies also generally find that patient perception of pain and discomfort is relieved. So, if the THC has no direct impact on symptomology, users experience relief.

The FDA won’t help us know. Both CBD and THC may leave users red-eyed, thirsty, and hungry. THC can present some users with paranoia and, in extreme cases, schizophrenia. But both clearly have a chemical potential to rectify dysfunction in the human endocannabinoid system. Because of U.S. restrictions, only Britain’s G.W. Pharmaceuticals has successfully pursued the development of tested and effective medications like Sativex® (THC-based) and Epidolex® (CBD-based).

Adequate principled research remains well overdue and behind the communities’ interests and experience.