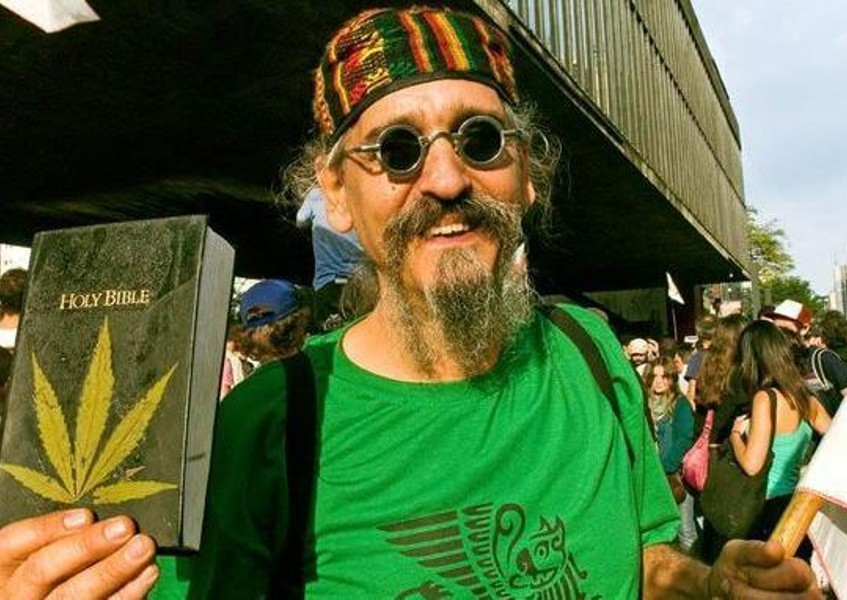 The First Church of Cannabis recently held its inaugural service and more than 100 people showed up. Tensions were already high, after authorities had already threatened to make arrests if they found that the congregation were lighting up during the rites. Marijuana is still illegal in Indiana and the founder of the Church, Mr. Bill Levin made the decision that no marijuana will be smoked in the first service; since he first needed to make sure that he can test the law first in civil court and not on criminal grounds.

This was a disappointment to the participants, since they had all planned to celebrate the first service of the Cannabis church by smoking marijuana. The founder of the church, Mr. Levin, wants to fight against the authorities in order to make it legal for the members of the Cannabis church to smoke pot during their religious ceremonies. This was after the local prosecutors and the Indianapolis police chief issued warnings that they would arrest all church members if they were found smoking pot during the service.

Therefore, the members of the church had to do with pretending that they were smoking marijuana! A small wooden box was passed around the church and the members pretended to pass the joints and puff from them. There were around 2 dozen police officers that were keeping watch over the church, but there were no arrests made during the 2 hour service, which also included some lively performances of reggae and punk songs. The music was certainly uplifting and it definitely got the congregation up on their feet several times. The church members also gave moving testimonials about the medicinal qualities of marijuana and it has cured or helped their ailments. The interior of the church included a painted version of the famous Sistine Chapel of Michelangelo fresco, which showed God’s hand reaching out to man – but this one was a slightly altered version, in which God offered mankind with a big joint!

Protests against the Church

Around 40 neighbors and members of the nearby Christian church protested across the street with handheld signs, which read ‘Religious freedom does not mean freedom to commit crimes’. The people were upset, since marijuana is illegal in Indianapolis and the First Church of Cannabis had planned to use marijuana as a major part of its doctrine.

Most people were not concerned with the Church, but they were concerned about the impact that it would have on the neighborhood. The church is extremely popular and Mr. Levin the founder of the Church has already said that there were more than 1000 members already of the Cannabis church, which has been built on the foundations of love, compassion and good health. He refuted the claims that he had started the church, simply to provide people with the excuse to get high and as of now it is growing in popularity every day.

So will there be more churches like the Cannabis Church in Indianapolis? Time will tell!