Cannabis and treatment of ADD/ADHD 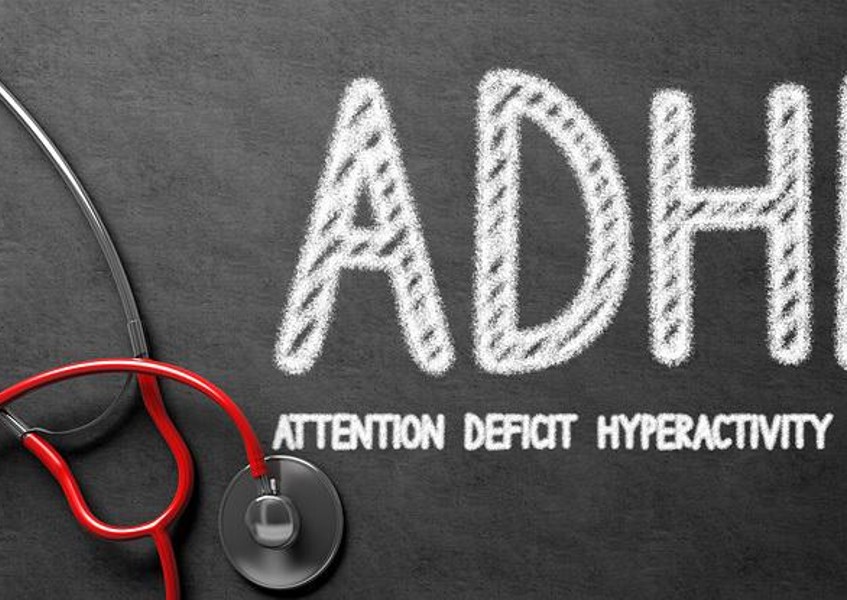 Anecdotal evidence links its to addictive behavior during pregnancy, DNA, food additives, lead poisoning pesticides, lead, sugar, video games, and more. There is serious research into many of these possibilities, but much of what the public believes stems from old wives’ tales.

Absent a clear cause for ADD/ADHD, finding a cure is not promising. But, parents wait for reliable treatment options. Among them is increasing interest in the benefits of cannabis in the treatment of ADD/ADHD in children, adolescents, and adults.

The Center for Disease Control (CDC) identifies ADD/ADHD patients as showing“persistent pattern of inattention and/or hyperactivity-impulsivity that interferes with functioning or development.”

Few things could be vaguer than the CDC’s two broad concerns:

Any parent knows that all children under 17 are not the same, coordinated with their chronological age, or without other medical or psycho-medical problems. And, any parent knows it’s difficult to differentiate these behaviors from typical behaviors:

And, even the most expert medical pros recognize that the symptomology overlaps with readings on learning problems, middle-ear infections, seizure disorders, thyroid problems,

Current CDC reports say, “Across 10 countries, it was projected that ADHD was associated with 143.8 million lost days of productivity each year.” Boys are more likely to show the behaviors among the 11% of all children between 4 and 17 diagnosed in 2011. And, based on their data, “Rates of ADHD diagnosis increased an average of 3% per year from 1997 to 2006 and an average of approximately 5% per year from 2003 to 2011.” In summary, “the annual societal ‘cost of illness’ for ADHD is estimated to be between $36 and $52 billion, in 2005 dollars.”

The cost of diagnosis

Parents, pediatricians, and early childhood caregivers, including nursery and pre-school teachers, are positioned to observe behavioral issues in the youngest children, but competent diagnosis takes much more. Observation and diagnosis in pre-teens, teens, and adults occur in the context of dynamic environments.

These are complex and unspecific conditions, and the research still lacks the data necessary for definitive tools and conclusions. At a minimum, the diagnostic process includes interviews:

Add to this that Attention Distraction Hyperactive Distraction can also present as inactive, and the problem becomes more complicated.

While parents, pediatricians, and teachers may be first observers, diagnosis requires trained specialists in pediatric and adolescent medicine, psychology, and/or psychiatry. And, parenting, biochemistry, and neurology complicate any diagnosis, all of which can be active contributors or not.

The CDC estimate for the cost of the diagnostic process at $4,039 – if you live in Des Moines, IA. Similar procedures run $7,904 in Los Angeles, CA. And, these numbers only count one therapy hour. Only 6% of the responsible party parents reported paying more than $1,000 out-of-pocket; still, diagnosis is a heady experience.

The treatment with stimulants

Ben Martin, Psy. D. surveys a medicine cabinet full of prescription medications. He explains, “Stimulant drugs are often beneficial in curbing hyperactivity and impulsivity, and helping the individual to focus, work, and learn.”

Amphetamines, dextroamphetamines, and variations on them can be simplified as stimulants. Dr. Bey reports no conclusive evidence of a risk of addiction, but he also notes that 10% of children “will gain no benefit from stimulant drugs.” Alternative pharmaceutical regimens have used antidepressants.

Two problems present themselves here. First, each approach has its list of disruptive side-effects. Second, any lay person can see the choice between stimulants and antidepressants seems counter-intuitive.

Depending on factors like age, cognitive abilities, and other health conditions, treatment will likely include a discipline of further testing, therapy, and academic support. And, because all medications act on the day administered, the core problems and treatments will continue into adulthood.

The possible therapy in cannabis

Almost all scholarly research into the use of cannabis for medical results in children and adolescents on correlations of marijuana social-economic factors, with addictive futures, and with negative social behaviors.

The medical applications for cannabis and its derivatives is a much larger concept than contained in medical marijuana. For example, the work of Maria Thomas (2013) and others, finds evidence that adolescents, PTSD patients, and others with chronic pain and/or psychiatric disorders self-medicate with cannabis and derivatives to reduce anxiety. One can infer from this that the self-medication delivers some felt benefit.

According to Chris Conrad, Director of Safe Access Now (2016), “The phrase ‘medical marijuana,’ as commonly used, refers to the cured, mature female flowers of high potency strains of cannabis or a conversion product.” But, cannabis can be processed in many other ways.

This follows some 50 years after the pioneering work of Raphael Mechoulam of Hebrew University where he “continues to explore and lecture about his discoveries within the human body’s own natural endocannabinoid system, a network of receptors that line up with the dozens of active ingredients in marijuana.” (Bold italics are added to differentiate the potential of cannabis elements from the image of marijuana smoking.)

Dr. Mechoulam’s research has attracted other scholars and investors who see the potential of therapeutic applications of cannabis in all its forms, enough to make Israel the cannabis research capital of the world. And, since such hard-scientific research is difficult to get funded in the U.S., their work continues to command attention without much competition.

Ironically, marijuana is illegal in Israel, but the work that first synthesized THC has the potential, per The New York Times, to improve “the quality of life for people with post-traumatic stress disorder and neuropsychological conditions” among other disabling conditions.

Cannabis and treatment of ADD/ADHD

It’s important that the pharmacology be understood. Cannabinoids are chemical compounds that act on cannabinoid receptors in the brain to facilitate neurotransmitter release of endocannabinoids or messengers to anatomical systems including respiration, endocrines, and brain. Things malfunction when the balances are inconsistent or unstable.

The cannabinoids in cannabis are natural elements that balance the brain’s dopamine levels to create and sustain a level of calm. This is the pharmaceutical mechanism that soothes spasms associated with epilepsy, muscular dystrophy, and multiple sclerosis. As the least active of the cannabinoids found in cannabis, cannabidiols (CBD) work on these levels with much fewer psychoactive and neurotoxic effects from THC.

The brains of people with attention deficit disorders just work differently. Neurological and/or chemical imbalances overwork them. Sensory perceptions accelerate and overwhelm their ability to process. Research at the University of Buffalo (2015) asserts, “Endocannabinoids are naturally produced chemical compounds in the brain that affect motor control, cognition, emotions and behavior.”

Leading a team of researchers from Tulane and Louisiana State Universities, Shi Di reported (2005), “in both physiological and psychological stress situations, stress hormones act on the brain to stimulate the release of endogenous cannabinoids from neurons in the hypothalamus, which act as a local messenger within the hypothalamus to shut down the neuroendocrine stress response.” The interaction effectively prepares for the next stressful situation.

The vocabulary is important because treatment of the youngest children varies greatly from treatment of teens and adults. So, cannabis treatment, for example, is not synonymous with the medical marijuana typically prescribed to adults for chronic pain, mitigation of chemotherapy side-effects, glaucoma, and Chron’s disease.

Cannabis treatment of ADD/ADHD with reservation

According to a case study at the University of Heidelberg (2008), “individuals suffering from ADHD, a dysfunction with a symptomatic change in activity levels, may – in some cases – benefit from cannabis treatment in that it appears to regulate activation to a level which may be considered optimum for performance.”

Science Daily’s (2015) “Medical marijuana for children with developmental and behavioral disorders?” reported that cannabidiols “benefit children with uncommon forms of epilepsy and have limited euphoric effects; rather than tetrahydrocannabinol (THC), with its strong euphoric and neurotoxic effects.”

Such research results contribute to the promise of how cannabis products may positively affect performance behavior in children, teens, and adults assessed as ADD/ADHD. It encourages more research and promises lucrative benefits for providers of target dosage, products, and treatments.

Currently, however, even separated from the good and bad science, editorial and political opinions, there is no proven benefit and some real concerns about treating children with medical marijuana. Still, where other treatments and therapies have failed, a calculated and monitored dosage of cannabidiols with low THC effects offers a best hope for those afflicted and their parents.