Cannabis and Cancer: Finding the Most Effective Strains 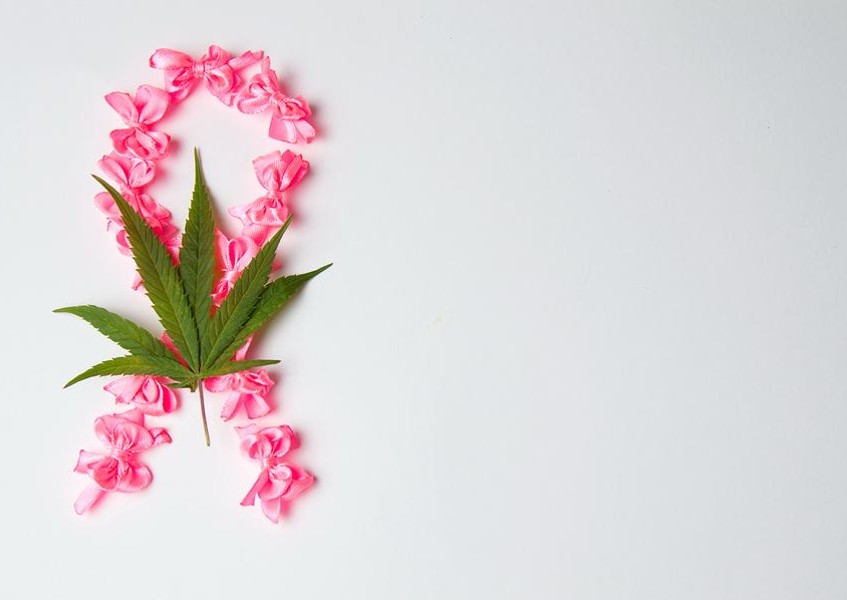 Nearly every American has been impacted by cancer in some way, and many of those patients are considering marijuana as a potential treatment. Although the United States’ FDA has not approved Cannabis as a treatment for cancer, it hasn’t stopped patients from asking their doctors about it.  As legal attitudes toward marijuana change in America, more and more people are beginning to wonder about the potential of weed.

It’s no secret that cannabis has medicinal benefits, especially since the United States government patented medical marijuana in 2003. In this patent, the government discussed the antioxidant properties of cannabinoids, as well as its active chemicals, and its benefits for patients receiving chemotherapy, radiation therapy or any other treatments that cause oxidative stress in the body.

To understand how Cannabis can impact cancer, let’s first start by understanding cancer.

A quick definition of cancer

The first thing to know about cancer is that it is not actually a disease. Instead, cancer is the name for a collection of diseases that include abnormal cell growth. Cancer includes more than 100 varieties, caused both by external factors and genetics. Common external causes of cancer include viruses, carcinogens, and smoking. Genetic mutations can also cause cancer. Since cancer is characterized by abnormal cell growth and the human body has over a trillion cells, cancer could occur anywhere.

Human cells, similar to human people, grow old, get damaged and die. Then, elsewhere, a growing cell divides to replace the damaged cell. When cancer occurs, abnormal cells do not die, but the body continues to create new cells – without ever receiving the signal to stop. The newer cells will also carry that cancer, spreading it into surrounding tissues. Many times this ends up being the immune system, where they are able to form masses of tissue growths called tumors.

Because of their nature, cancerous tumors always spread and invade nearby tissues. They can be removed, but they will likely grow back. As it grows back, sometimes parts of the tumor break off. These individual cells then travel through the blood or lymph system to a different area of the body, one where it can form new tumors. This is called metastasis.

Every tumor is not cancerous. Benign tumors do not spread, do not invade nearby tissues, and will not grow back if removed. However, tumors in the brain are life-threatening whether they are benign or cancerous.

When someone has cancer (or is receiving treatments for it), they often feel dizzy or weak. They may also have these other symptoms, depending on where the cancer is located, such as:

Treatment for cancer takes a long time and is often quite costly. Patients typically need multiple visits and have to complete treatments in cycles. A biopsy might be necessary to determine the best approach.

Radiation: Applying high doses of radiation is an effective way to kill or slow the process of cancer cells. The treatment typically takes weeks before tumors began to shrink. Killing cancer cells, however, can take months. Radiation treatments are unfortunately quite risky because they often also kill healthy cells, leaving patients exhausted.

Surgery: Removing or reducing the size of tumors by surgery is sometimes an option. This often helps reduce pain and pressure and can be done with minimally invasive surgical techniques. Unfortunately, surgeons often remove healthy tissue and lymph nodes as well.

Chemotherapy: Chemo has been the most conventional cancer treatment since the 1940s. Chemotherapy uses drugs to kill cancer cells and is also administered in cycles.  There are over 100 different drugs used for chemotherapy, and more are being developed.

Hormones:  Hormones, either taken orally, as an injection or through surgical methods, can slow, stop, reduce and prevent cancer. Hormones are also used with other treatments to prevent cancer from returning. Hormone therapy can cause diarrhea, nausea, and fatigue. It can also cause weak bones as well as menstrual changes in women.

Heat: Therapeutic heat in the form of local hyperthermia is able to treat tumors by destroying small areas of cells. Regional hyperthermia, which is also known as whole-body hyperthermia, is often used with other treatments to improve their results. Hyperthermia can be administered externally, with a machine that sends high energy waves directly at the tumor, or internally, using a thin needle that releases heat inserted into the tumor.

Cannabinoids are the chemicals responsible for the ‘drug-like’ effects of marijuana, and the plant has plenty. There are more than 85 types of cannabinoids in marijuana. Some of these cannabinoids have already been approved by the FDA for treating the side effects of cancer therapies. Sythethisezed versions of cannabinoids are found in Dronabinol and Nabilone/Cesamet. These pills provide synthetic forms of THC and are used to treat the vomiting and nausea associated with chemotherapy.

However, THC is not the only useful chemical in marijuana. These cannabinoids have proven benefits to cancer patients as well:

Cannabidiol, commonly known as CBD, is the most known cannabinoids for medical users because it relieves pain, decreases anxiety and lowers inflammation without the psychoactive “high” of THC. Canada has even approved an extract called Nabiximols/Sativex that contains both THC and CBD for pain relief in those with advanced cancer and multiple sclerosis.

Other studies have supported marijuana’s role in reducing vomiting, providing pain relief, stimulating appetite and improving the sleep of cancer patients. Marijuana is also able to prevent the growth of certain tumors.

Here are even more studies that the medical community must consider:

These studies are only the beginning. A newer finding revealed that receptors for cannabinoids have been found throughout the body in the spinal cord, brain, and nerve endings. This suggests that marijuana may play a significant role in our immune system as well.

The story of cancer and cannabis is far from over. More studies on the effects of marijuana in the treatment of adult cancer are under way. Topics include: using oral CBD to treat solid tumors, using THC/CBD oral spray to treat recurrent glioblastoma, and using CBD to treat graft-versus-host disease patients who’ve received stem cell transplants.

Cannabis and cancer may be closer linked than we ever imagined.

The therapeutic help of Cannabis with Cancer symptoms

Combats Rapid Weight reduction: Cannabis is effective in combating rapid weight loss effects caused by cancer. It is quite pervasive to find people with cancer condition having a serious challenge eating as they are emotionally disturbed from the degenerative effects of the disease. Furthermore patients that have undergone chemotherapy would also have to endure discomforts that generally make it difficult to maintain a healthy appetite. Marijuana is effective in overcoming these challenges and restoring normal eating patterns that prevents weight reductions. Cannabis is noted for increasing food cravings dramatically while reducing sick feeling.

Mitigating pain: Cannabis can drastically reduce the pain which is commonly associated with the various phases of cancer.Cancer can cause serious amounts of pain through in affected tissues, organs and bones as the case may be and can become irrepressible by opioids after prolonged usage. Cannabis has shown to be very beneficial and effective in mitigating pain induced conditions in general and is particularly efficient in reducing cancer pain. Animal studies have shown a synergistic pain relief effect when cannabis is used with opioids.

Stimulates sleep: Cancer is often closely connected with sleep deprivation which usually exacerbates the condition further. It is common knowledge that adequate rest is instrumental to recovery process and cannabis ensures just that. Cannabis which has an abundance of THC is especially relevant to induce sleep.

Mood disorder: Cannabis is also effective in uplifting mood of cancer patients and creating emotional balance. Investigations into cannabis have shown that it has very profound impact in enhancing overall feeling of happiness while considerably moderating anxiety and depression. Cannabis is an effective anti-anxiety and antidepressant  which helps to increase overall psychological health.

Counteracts nausea: Cannabis is very effective in counteracting the nauseous feeling which is provoked by chemotherapy. The efficacy of cannabis against nause is remarkable and comparatively better than orthodox medicine.

Given the aforementioned benefits of cannabis and its irrefutable relevance and applicability in the treatment of cannabis it becomes imperative to explore the most effective approach. It is common knowledge that people suffering from cancer have vulnerable immune system which makes smoking an inappropriate approach. However, the use of cannabis oil offers a very viable alternative and is the most pervasive approach. Oral ingestion offers a safer option as it eliminates all of the downsides and concomitant effects that are associated with smoking such as inhalation of harmful gases. Cannabis consumed orally enters the bloodstream after being digested and can be incorporated into a variety of delicacies making it a very convenient approach to ingesting cannabis. Edibles come in many different forms and shapes like cakes, drinks, bars, cookies, spreads etc. When selecting an edible, it is very important to pay attention to the potency of the product. Cannabis oil can be made with different blends of cannabis strains for different desired effects. You can get creative with Cannabis oil and blend different levels of THC and CBD.

Robert Bergman has been passionately exploring and experimenting with Cannabis seeds for over 20 years. He likes sharing these insights to educate growers avoid mistakes and to fully capitalize on a bud’s potential and get the most out of a marijuana plant.