Cannabis 101: What to Expect the First Time You Smoke Cannabis 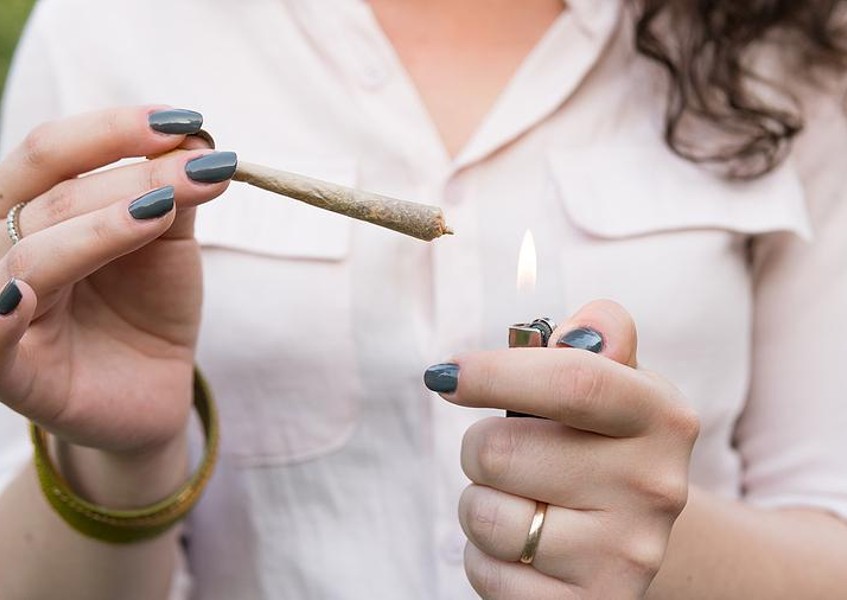 Sooner or later, a friend will offer some cannabis in the form of a joint. You will accept it under peer pressure or the genuine desire to give it a try. If you want to appear cool or avoid embarrassment, you need to know what to expect the first time you smoke cannabis.

Let’s get some things out of the way first!

It makes sense to start with cannabis edibles. Small edibles like chocolate bits or gummies allow you to moderate your use and titrate towards a more substantial effect.

It would be best if you did not try dabbing or other cannabis concentrates until you have built up some tolerance. And, in a world crippled by COVID-19 or its variants, you should avoid smoking tobacco and cannabis because you cannot afford the respiratory irritation.

The cannabis plant includes over 100 cannabinoids, molecular elements, including the best known:

Notice that while both CBD and THC have the same chemical formula, they differ in their structure. (See the highlighted areas in the preceding illustrations.) The difference in chemical structure determines how these cannabinoids impact the brain and body.

The mechanism of action –

The mechanism of action for CBD remains somewhat of a mystery. It appears to run interference on antagonists that would irritate the immune system. CBD appears to produce “an entourage effect” that relieves medical problems through a complex functioning that deploys hormones, reduces the body’s reabsorption of anandamide (“the bliss molecule”), and in certain potency levels sedates the brain and body. Acting so, CBD has a proven research and anecdotal history of reducing anxiety, depression, and stress. In addition, pharmaceutical researchers have isolated CBD to develop medications for severe pediatric epilepsy and Dravet’s syndrome.

The mechanism of action for THC is more straightforward. It binds to CB1 and CB2 neuroreceptors in the brain and body. The nervous system transmits news to the brain along long chains of cells. Each cell transmits messages to the subsequent cell with an electric charge that must jump a synapse separating the cells. Pain, disease, stress, and other conditions cause the transmission to malfunction.

When THC binds with the receptors, it produces one of several effects:

When THC steadies or represses the neurotransmission, it produces medical therapies for damaged physical and psychological problems, including chronic pain, anxiety, and depression. If THC agitates the transmission, it can create an inebriating euphoria, spatial disorientation, and potential paranoia. Even then, this recreational use can help with PSTD, ADHD, and the effects of chemo treatments.

The effects of CBD and THC depend on their respective potency. As a first-time user, you must know the potency of the cannabis strain. This “need-to-know” means you should avoid using cannabis offered to you without definition. As the potency of cannabis increases, you must be able to confirm what you use.

What to expect from smoking cannabis for the first time –

If you smoke cigarettes regularly, you understand the process of inhaling and exhaling the smoke. However, the process for smoking a cannabis joint differs. You inhale the smoke but hold it deep in your lungs for a few seconds before exhaling. This action allows the smoke to leach through your lungs to the bloodstream. The bloodstream carries recreational or medical properties throughout the body and brain. Cigar and pipe smokers do not inhale, but they do savor the aroma and taste. These qualities also add to cannabis smoking.

The cannabis effect will hit you quickly, so you should not take more than two takes at a time. You enjoy what you take in and rest before hitting the joint a second time. This pacing requires relighting the smoke or passing it on to another in your smoking circle.

Cannabis smoking may lead to a dry cough, but that should disappear with experience. You can expect dry and reddened eyes in the morning after using, and you may be thirsty or hungry.

All other effects depend on two things. First, people respond uniquely depending on their gender, weight, height, and more. Second, different cannabis strains cause various effects in other people. In the extreme, it may sedate you or edge near paranoia. You can avoid the extremes by doing research, shopping carefully, and purchasing wisely.

A final tip urges you to try your first cannabis hit in the presence of others who can help you if your experience signals risk or danger.