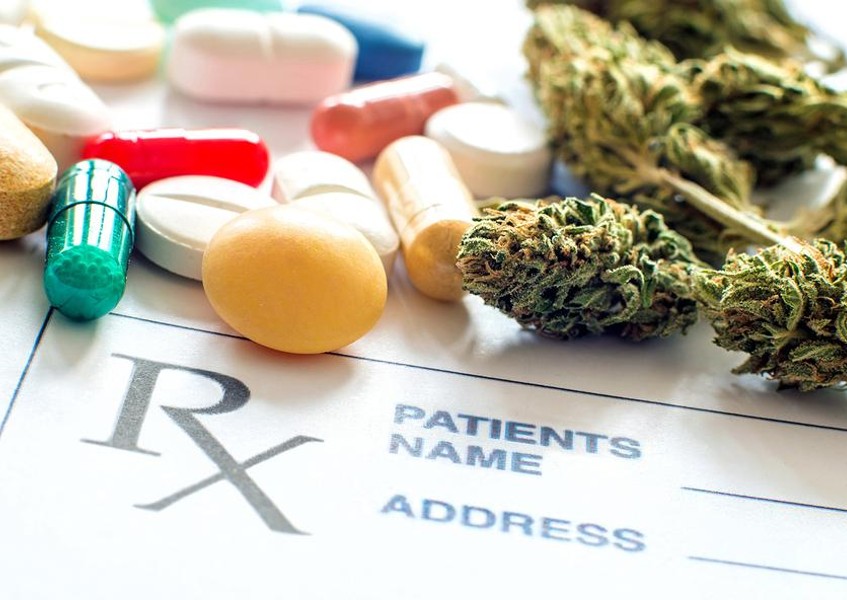 Tylenol, Advil, and private label painkillers produce billions in revenue every year. But, over-the-counter painkillers are not the root of the decades-long epidemic of painkiller addiction and abuse.

We’re talking cocaine, heroin, fentanyl, and pharmaceuticals opioids like Vicodin and OxyContin. These drugs are effective painkillers, but they also kill people. Medical cannabis can trump their effect and value easily.

8 Reasons You Should Give up Painkillers in Favor of Medical Cannabis:

JAMA reported a study of the effect of medical marijuana laws on opiate-related deaths between 1999 and 2010. It discovered “a 25 percent decrease in opiate overdose mortality in states where medical marijuana was legal, compared with those where it wasn’t. The study found that in 2010, medical-marijuana laws resulted in an estimated 1,729 fewer deaths than expected.”

#2  Proven Effective: Cannabis is effective in treating the same chronic pain conditions treated with opioids. In its extensive decision on medical cannabis, The National Academies of Sciences, Engineering, and Medicine determined (2017) determined, “One of the therapeutic uses of cannabis and cannabinoids is to treat chronic pain in adults. The committee found evidence to support that patients who were treated with cannabis or cannabinoids were more likely to experience a significant reduction in pain symptoms.”

Specifically, “For adults with multiple sclerosis-related muscle spasms, there was substantial evidence that short-term use of certain ‘oral cannabinoids’ – man-made, cannabinoid-based medications that are orally ingested – improved their reported symptoms.  Furthermore, in adults with chemotherapy-induced nausea and vomiting, there was conclusive evidence that certain oral cannabinoids were effective in preventing and treating those ailments.”

#3  Perceived Effective: A survey conducted by AARP found “The majority of the adults age 50 to 80 responding to the National Poll on Healthy Aging say they believe medical marijuana is effective for pain relief, appetite loss and anxiety.”

Some six percent admit using doctor-prescribed medical marijuana. And, the great majority support use with a doctor’s recommendation.

#4  Managed Dosing: Cannabis will allay the withdrawal symptoms when opioid addicts. In fact, it can effectively reduce the dosage of addictive painkillers.

CNN reports, “when opioids are used in combination with cannabis in animals, marijuana can boost an opioid’s effectiveness without requiring higher dosages.” This works because cannabis offsets the drive to increase intake and combats withdrawal system. Working with cannabis, the patient on an opioid therapy will find it easier to avoid an increase in dose and frequency.

#5  Cost of Medication: Analysis reported by the National Institute of Drug Abuse “the total costs of prescription opioid use disorders and overdoses in the United States was $78 billion in 2013. Of that, only 3.6 percent, or about $2.8 billion, was for treatment.” And, we know the numbers have escalated during the epidemic in the years since that data was gathered.

RehabSpot says, “the average retail price of 60 tablets of OxyContin is $203. Taken three times daily, maintaining an addiction would cost $3,654 via prescription or an average of $70,200/year on the street.”

The same source says, “In California, the average cost of weed per ounce is $200. On average, an ounce yields 42 joints, and when an individual smokes 4 per day, they’ll spend approximately $7,000 per year.” The retail price on medical cannabis varies widely state-to-state, so if you assume California charges the most at its dispensaries, the out-of-pocket is lower than the cost of opioids.

#6  Risk Potential: The New York Times reported on a bleak future; “Drug overdoses killed about 72,000 Americans last year, a record number that reflects a rise of around 10 percent.”

The CDC attributes this to (1) a growing number using opioid and (2) more deadly drugs. As recently as August 15, 2018, police and first responders treated 76 people overdosing in a New Haven, CT park.

Although there is much discussion about Cannabis Use Disorder, a cannabis dependency in people predisposed to addictive behavior, there have been no deaths attributed to marijuana use.

#7  Painkiller Plus: Some strains of medical cannabis treat the disease as well as the painful symptoms. CBD is a known anti-inflammatory, and THC triggers restoration of hormone deployment. Cannabis has successfully treated cancer by reducing tumor size and metastasis.

Researched evidence shows cannabis can accelerate the mending of bone fractures, and states have legalized medical cannabis specifically for the treatment of epilepsy. And, while it may be too early to call cannabis a cure for anything, it is medically advised for treatment of certain conditions as well as their symptoms. Painkillers, from OTC brands to opioids can’t make that claim.

#8  Cannabis Options: Opioids are limited to pills, liquids, and injections. However, you can consume cannabis in many forms: drink, smoke, bong, vapor, or edible. You can apply it as a lotion or transdermal patch. And, you can work it into recipes, teas, and sublingual oils.

Your future in pain

Even patients under medically prescribed opioid do well if they follow orders and keep their use moderate. Even they do better when they avoid combination with alcohol and tobacco consumption. Even they do well if they combine their medications with recommended exercise and additional therapies. Patients who follow such advice do not abuse painkillers. But, even they should consider the reasons to give up painkillers in favor of medical cannabis.