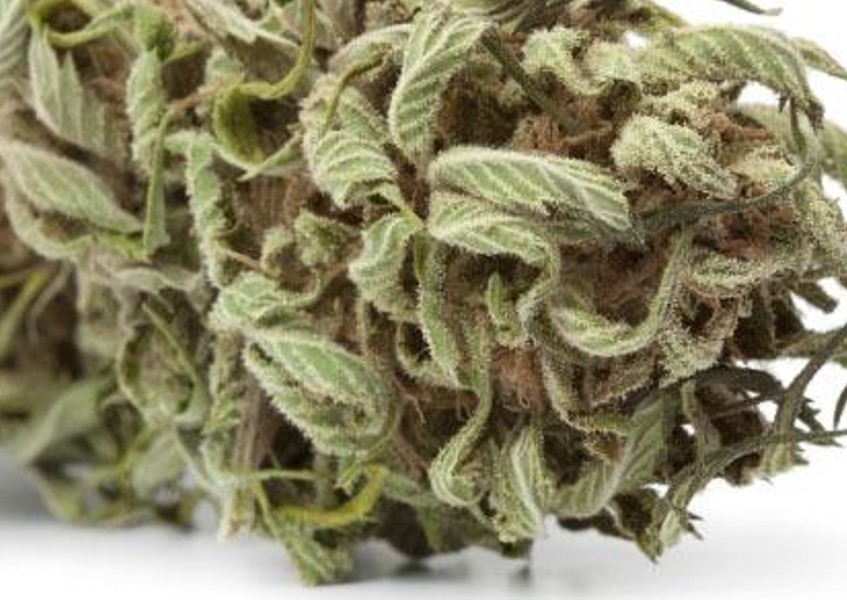 1.  The First Online Transaction Was a Cross-Continental Sale of Marijuana

In the early 1970s, Stanford Students using Arpanet Accounts in the Artificial Intelligence Library initiated the first online pot transaction with their counterparts at Massachusetts Institute of Technology.

2.  Newborn Babies Test Positive for Marijuana — Because of Soap

Urine tests of babies bathed with several brands of soap from different manufacturers were found to have trace levels of tetrahydrocannabinol (THC), the active ingredient in marijuana. Scientists assure worried parents that there are no psychoactive effects related to the phenomenon, although the cause of the effect remains uncertain. Because parents of newborns who test positive are subject to child welfare intervention, hospitals now perform a second, more sensitive test before any action is taken.

3.  Military Intelligence Used Marijuana as a Truth Serum During WWII

The Office of Strategic Services (OSS – the U.S. WWII Intelligence Agency) spiked cigarettes with marijuana to act as a truth serum for interrogation purposes. According to a declassified report, while not suitable for mass interrogation, [Tetrahydrocannabinol acetate] “might prove exceedingly valuable in extracting special information from key personnel.  This can be determined, in the last analysis, only by a field test conducted by an officer who is experienced in subtle undercover interrogation, and who is at the same time familiar with the properties of the drug.”  It was also tried on NYC mobster Lucky Luciano with unexpected results.

4.  Women Are Likely More Sensitive Than Men to THC for Pain Relief

Thanks to estrogen levels, females may be 30 percent more sensitive than males to the pain-relief qualities of THC.  Unfortunately, they develop tolerance more quickly, too, requiring higher levels of THC as treatment continues.  Most marijuana studies are conducted on males, which prompted Washington State University Professor of Psychology Rebecca Craft to study the effects of estrogen levels on THC sensitivity.

5.  Carl Sagan Wrote an Essay About Marijuana Under the Pseudonym “Mr. X”

Carl Sagan, the beloved American astronomer and author, wrote an essay in 1969 in which he described the beneficial effects he experienced under the influence of marijuana. The essay later appeared in Dr. Lester Grinspoon’s book, “Marihuana Reconsidered.”  Sagan’s identity as “Mr. X” was not revealed until after his death in Keay Davidson’s biography, “Carl Sagan: A Life.”

6.  The Bard Probably Got Baked

A team from South Africa’s University of the Witwatersrand studied tobacco pipe fragments from William Shakespeare’s Stratford-upon-Avon property, and eight tested positive for cannabis residue. Researchers cite Sonnet 76 as an indication of Will’s cannabis use.

While a U.S. Goodwill Ambassador returning from an overseas concert tour in 1958, Louis Armstrong was directed through customs at NYC’s (then) Idlewild Airport because officials had been tipped off that he had “contraband.”  But when then-Vice President Richard Nixon came through, he grabbed Satchmo’s bags, which contained three pounds of marijuana, and carried them through customs himself.

The 420-mile marker sign was stolen so often on Interstate 70 east of Denver that the state’s transportation department changed it to “419.99” to thwart the thieves. Other states have initiated similar tactics. Pronounced “four-twenty,” 420 hails back to 1971 when San Rafael, California students met to smoke pot after school.  April 20 is now a day when advocates celebrate cannabis culture.

Days after being released from jail in the Bahamas for marijuana possession, Willie Nelson smoked pot on the roof of the U.S. White House.  Nelson described the 1977 incident in his memoir, published earlier this year, “It’s a Long Story.”  President Jimmy Carter invited Nelson to the White House to thank him for his support in the presidential campaign.

10. Actor Robert Mitchum Was Busted For Marijuana in a 1948 Hollywood Raid

Mitchum simultaneously claimed he’d been framed and noted he’d been smoking marijuana for years. He served 50 days in the LA County Jail and the Wayside Honor Farm, earning the name “Mr. Cement Block of 1949.”  His career didn’t suffer, but his companion at the time, Lila Leeds, didn’t fare so well.

Researchers from The ArcView Group, a cannabis industry investment and research firm based in Oakland, California, found that the U.S. market for legal cannabis grew 74 percent in 2014 to $2.7 billion, up from $1.5 billion in 2013.

12. 44 Percent of Americans Have Tried Marijuana

According to a July, 2015 Gallop Poll, 44 percent of Americans have tried marijuana, compared to 4 percent in 1969, when the poll was first initiated.  Other facts from the poll include: