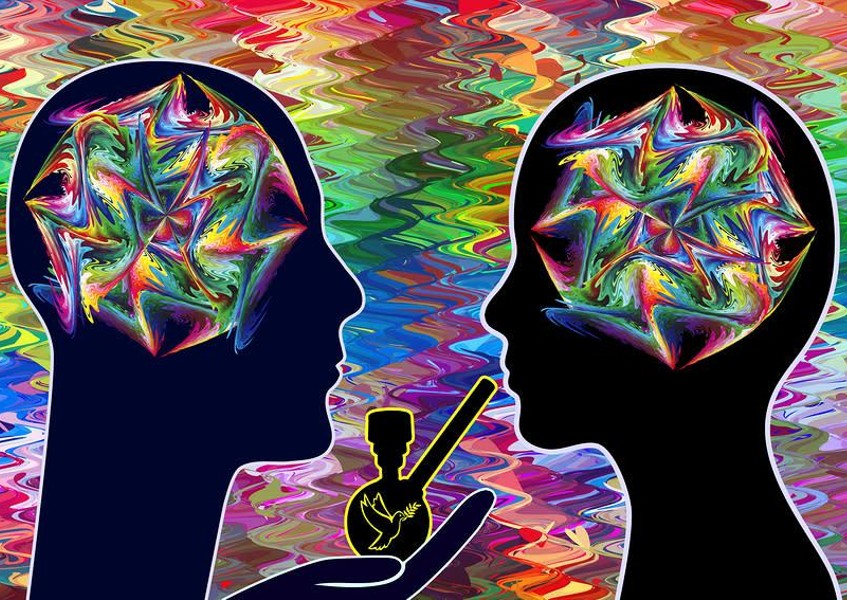 You will find the following is research intensive to differentiate the “known-for-sure” from the anecdotal history. As usual, I have tried to include research outside advocacy positions on one side of the cannabis debate or other.

1. Mood and Anxiety. Cannabis Use Disorder (CUD) refers to a lifestyle or habit that has negatively affected your life, costing you money, family, friends, and jobs. It’s this “reefer madness” that parents warn against.

Drug and Alcohol Dependence (2013) found, “Men with lifetime CUD were more likely than women to be diagnosed with any psychiatric disorder, any substance use disorder and antisocial personality disorder, whereas women with CUD had more mood and anxiety disorders.” Other studies support this outcome and add evidence that frequent use over long periods is much more likely to develop depression in women than men.

2. Telescoping. Women apparently move from one joint to repeated smoking more commonly than men. A study on use among adolescents, reported in a 2011 Journal of Addictive Medicine, concluded, “there was preliminary evidence of a faster transition from initiation of marijuana use to regular use in females, when compared with males.”

A longer and deeper study in the Journal of Women’s Health & Gender-based Medicine (2001) concluded that, while males have a greater and earlier opportunity for access, females will “telescope” their experience, moving quickly from initiation to habit.

3. Tolerance. It follows, then, that women develop tolerance more quickly than men. In 2014, Becky Phillips reported on the work of Rebecca Craft at Washington State University’s Department of Psychology. Her experiments on rats found, “After 10 days of treatment, tolerance to THC was shown to be significantly greater in females than males.”

Not surprisingly, if females develop tolerance quickly and need more potency to reach the desired benefit, they will have more trouble with withdrawal symptoms.

4. Endocrinology. Cannabis influences human hormone distribution. And, while you may be thinking serotonin and dopamine, there is more to that effect. Apparently, the human endocannabinoid system works differently in men and women. The difference means as much to the differentiation of genders as it does to the gender-specific effects of cannabis.

Research published in the Journal of Clinical Pharmacology (2002) said, THC affects “multiple endocrine systems. A suppressive effect is seen on the reproductive hormones, prolactin, growth hormone, and the thyroid axis, while the HPA axis is activated.” So, if females are 30 percent more sensitive to THC and more likely to accelerate tolerance, it indicates they may be at higher endocrine risk.

5. Gender shaping. In 2011, Scientific American covered a study that indicated that, while cannabinoids work on the endocannabinoid system, it also affects the number and activity of non-neuron brain cells.

These cells power differences in early life behaviors associated with male or female, behaviors like playing or territory protection. This study at the University of Maryland warns that this presents a significant risk in using cannabis while pregnant.

6. Libido. The research jury is out on determining how cannabis affects sex drive and performance. Most history on sexual experience is anecdotal. Given what is known about strains, general advice would be to blend sex with cannabis strains with only moderate THC.

Medical News Todayreported a study that concluded, “people who used marijuana had 20 percent more sex than those who did not, and this applied to both genders.” But, the study used self-admission surveys, not the most solid research approach. It’s reasonable to conclude that cannabis use will reduce inhibitions and enhance perceived effects.

When under the influence, men are more likely to crave munchies while women report decreased appetite and increased desire to clean.

8. Memory.  Heavy cannabis use by women showed impaired visual memory while males showed no similar loss in a 2016 study published in Cannabis and Cannabinoid Research. And, research reported in Psychopharmacology (2014) report damage from chronic use regardless of gender, finding “gray matter volume reduction in the medial temporal cortex, temporal pole, para-hippocampal gyrus, insula, and orbitofrontal cortex.” These areas are full of cannabinoid CB1 receptors associated with emotional, and motivational processing.

But, the Journal of Psychoactive Drugs found, “there was not an impairment of reaction time or motor performance.” The same study did report that participating women asked to stop using the marijuana cigarette more frequently than male participants. The results showed, “Despite receiving a smaller dose of marijuana, women under the influence of marijuana had a non-statistically significant slower reaction time to task switching suggesting cognitive flexibility.”

9. Pain. Females have used cannabis for thousands of years to relieve pain associated with menstruation, PMS, childbirth, endometriosis, and more. Testing indicates this may result from interaction with estrogen or more subjective factors.

Dysmenorrhea, extremely painful period, affect approximately 20 percent of women. The FDA has yet to approve cannabis-induced tampons and lubricants, but advocates are pushing for the inclusion of Dysmenorrhea on state lists of medical conditions eligible for medical marijuana.

10. Energy. A 2009 study in Psychoneuroendocrinology focused on lab animal responses to marijuana. The intent was to examine appetite and circadian rhythms. Results showed, “marked sex differences in cannabinoid effects on food intake and core body temperature – with male guinea pigs exhibiting a comparatively greater sensitivity to the hyperphagia and hypophagia, as well as the hypothermia and hyperthermia.”

And, male subjects showed reduced “nocturnal food intake and average daily body weight.” All these factors influence energy homeostasis. That is, energy is a functional expression of nutrition intake, body temperature, and deep sleep. Absent these elements, there is imbalance that cannabis can restore.

There is enough research to indicate that cannabis affects women differently than men. Unfortunately, most of the research has used lab animals. No matter how extensive the research it only produces correlations with human experience.

Those lab animals have no correlation with human social, circumstantial, and psychological factors. And, the best of good science focuses so tightly on specific goals and methods, it is cannot cover the total human experience. And, the research based on self-disclosure surveys is systemically unreliable.

So, we are left to infer that males and females do react differently depending on a complex of factors. Physical and psychological health and composition, genetic pre-disposition, strength of cannabis strain, and frequency of consumption form a menu of factors that create endless permutations on behavior and results. And, all this needs extensive research not enabled by U.S. regulation.